• Mbotela has been undergoing treatment at the Nairobi South Hospital since October 29, 2020.

• The hospital had requested help from the well-wishers on Thursday to come on board before Mbotela is allowed to go home. 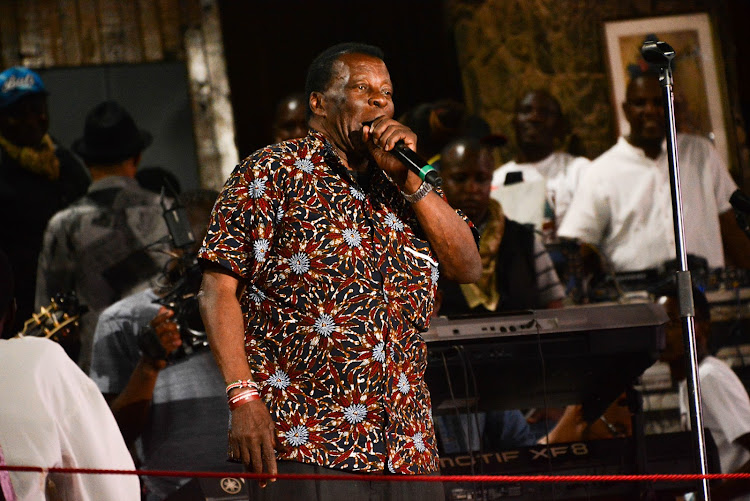 Kenyan veteran journalist Leonard Mamo Mbotela has been discharged from hospital after his medical bill amounting to Sh1.1 million was cleared by the President.

Mbotela has been undergoing treatment at the Nairobi South Hospital.

In a statement from the hospital released on Thursday by the Human Resource Manager Mutavi Stephen, Mbotela had recuperated and was to be discharged on Friday, November 13 as per doctors’ recommendations. 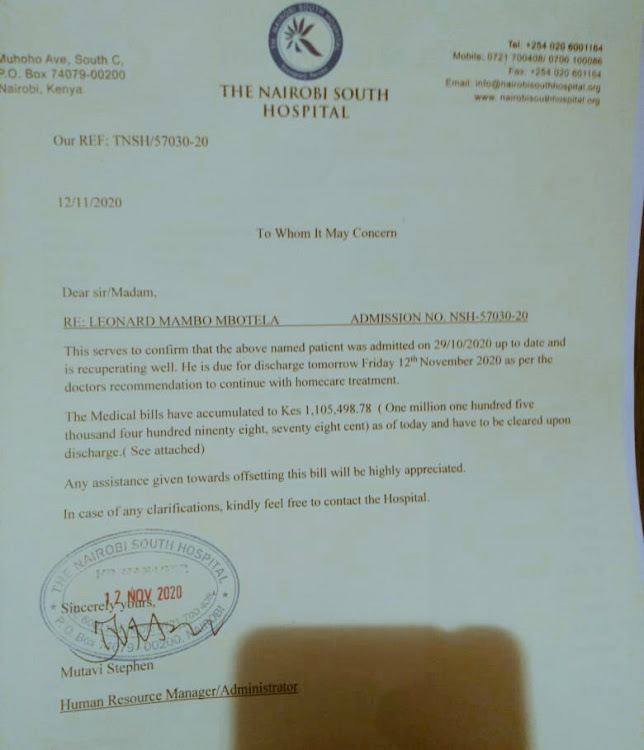 The medical bills had accumulated to Sh1,105,498, which was to be cleared before being discharged.

The hospital had requested assistance from the public.

According to the sources from Mbotela’s family, president Uhuru Kenyatta settled the hospital bills, whereby Sh1 million was paid in cash to secure his discharge and the rest are to be settled later.

Post a comment
WATCH: The latest videos from the Star
by KEVIN CHERUIYOT Online Journalist
News
14 November 2020 - 16:28
Read The E-Paper