I have my doubts about Pfizer vaccine, CS Kagwe says

Russia has also said its vaccine, Sputnik V vaccine is 92 per cent effective .

•The Pfizer-BioNTech vaccine, has been found to be 90 per cent effective in preventing Covid-19.

•The manufacturer is among more than 25 drug makers who have expressed interest to supply developing countries with the vaccine under the Sh300-per-dose plan led by the World Health Organization. 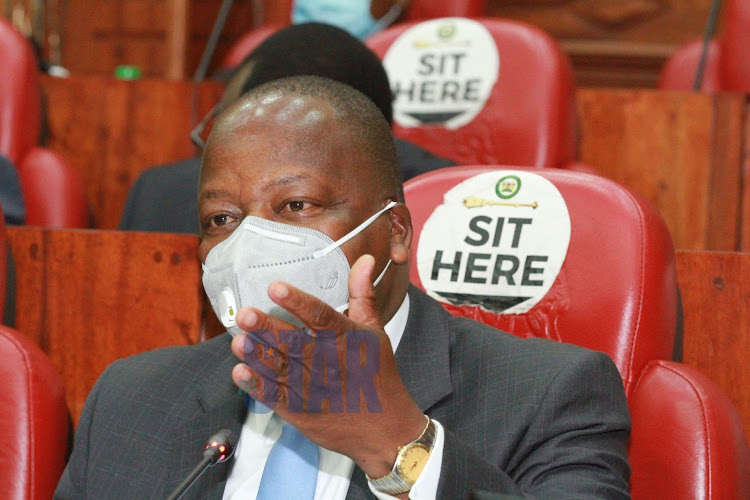 Health CS Mutahi Kagwe when he appeared before Health committee to answer questions raised by members of the National Assembly on November 11,.2020.
Image: EZEKIEL AMING'A

The Pfizer-BioNTech vaccine, has been found to be 90 per cent effective in preventing Covid-19.

The manufacturer is among more than 25 drug makers who have expressed interest to supply developing countries with the vaccine under the Sh300-per-dose plan led by the World Health Organization.

But speaking on Wednesday when he appeared before the Senate Health Committee, Kagwe said there is no excitement about the vaccine.

"Yes we are hearing that there is a vaccine. I have got my many doubts..  we are talking about a vaccine that stops someone from getting the virus," he said. 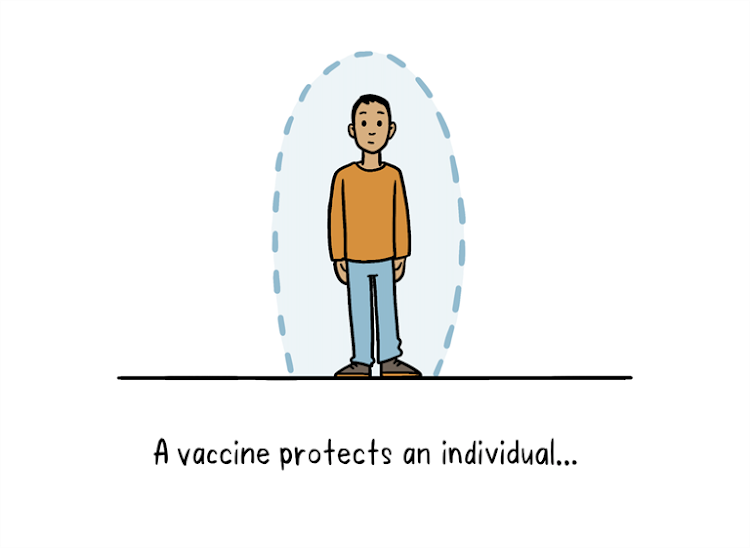 A vaccine is a substance used to stimulate the production of antibodies and provide immunity against one or several diseases, prepared from the causative agent of a disease, its products, or a synthetic substitute, treated to act as an antigen without inducing the disease.

Unlike Kagwe claims, newer vaccines contain the blueprint for producing antigens rather than the antigen itself, according to WHO.

Regardless of whether the vaccine is made up of the antigen itself or the blueprint so that the body will produce the antigen, this weakened version will not cause the disease in the person receiving the vaccine, but it will prompt their immune system to respond much as it would have on its first reaction to the actual pathogen.

When someone is vaccinated, they are very likely to be protected against the targeted disease. But not everyone can be vaccinated. The developers of the Covid-19 vaccine - Pfizer and BioNTech - described it as a "great day for science and humanity".

Their vaccine has been tested on 43,500 people in six countries and no safety concerns have been raised.

The companies plan to apply for emergency approval to use the vaccine by the end of the month.

There are around a dozen vaccines that have reached the final stages of testing, but this is the first to show any results.

On Wednesday, Russia said its vaccine, Sputnik V vaccine  is 92 per cent effective at protecting people from Covid-19 according to interim trial results.

The country’s sovereign wealth fund made the announcement, as Moscow rushes to keep pace with Western drugmakers in the race for a shot.

The initial results are only the second to be published from a late-stage human trial in the global race to produce a vaccine that could halt a pandemic that has killed more than 1.2 million people and ravaged the world economy.

Chances of contracting virus were 92% lower among people vaccinated.
News
2 years ago
Post a comment
WATCH: The latest videos from the Star
by NANCY AGUTU Deputy Digital Editor
News
11 November 2020 - 14:34
Read The E-Paper