Joe Biden got what it takes be president - Obama says

• Obama while congratulating Biden said Joe deserves because he already carries himself as a president.

• Obama said the election results at every level show that the country remains deeply and bitterly divided. 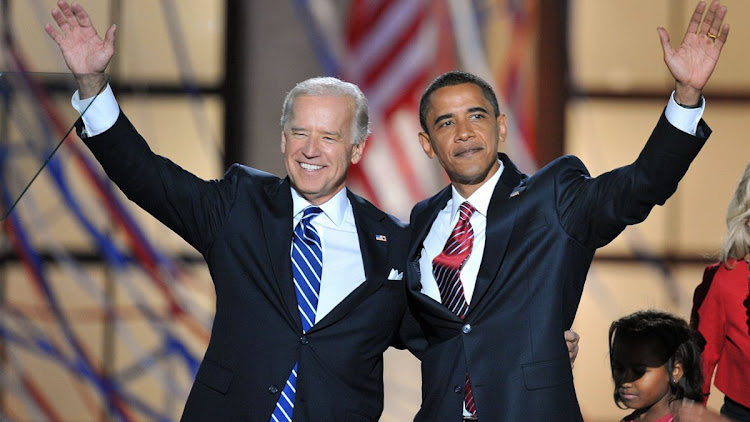 Former US President Barack Obama has said President-elect Joe Biden has got what it takes to be the 46th president of America.

Obama while congratulating Biden said Joe deserves because he already carries himself as a president.

He added, "In this election, under circumstances never experienced, Americans turned out in numbers never seen. And once every vote is counted, President-elect Biden and Vice President-Elect Harris will have won a historic and decisive victory".

Biden served as the Vice President under the two terms of the Obama administration.

Obama said though America is fortunate to have Biden as next president, when he walks to the White House in January, he'll face a series of extraordinary challenges no incoming president ever had including a raging pandemic, an unequal economy and justice system, a democracy at risk and a climate in peril.

"I know he will do the job with the best interests of every American at heart, whether or not he had their vote. So I encourage every American to give him a chance and lend him your support, " he said.

Joe Biden wins the US presidency

The result makes Mr Trump the first one-term president since the 1990s.
News
1 year ago

Obama said the election results at every level show that the country remains deeply and bitterly divided.

"It will be up to not just Joe and Kamala, but each of us to do our part, to reach out beyond our comfort zone, to listen to others, to lower the temperatures and find some common ground from which to move forward, all of us remembering that we are one nation, under God," he said. 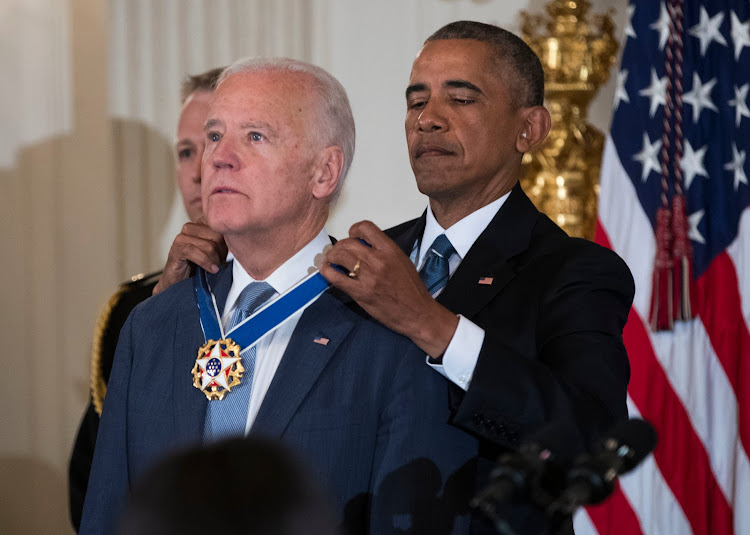 Former US President Barack Obama when he awarded Joe Biden with the medal of freedom.
Image: COURTESY

The former President said everyone who worked, organised and volunteered for Biden campaign, every American who got involved in their own way and everybody who voted for the first time should be commended for a job well done.

"Your efforts made a difference. Enjoy this moment then stay engaged. I know it can be exhausting but for this democracy to endure, it requires our active citizenship and sustained focus on the issues not just in an election season but all the days in between," he said.

Former Secretary of State and 2016 Democratic Nominee Hillary Clinton said Biden's win is a history-making ticket, a repudiation of Trump, and a new page for America.

"The voters have spoken, and they have chosen Joe Biden and Kamala Harris to be our next president and vice president. It's a history-making ticket, a repudiation of Trump, and a new page for America. Thank you to everyone who helped make this happen. Onward, together," she said.

It is time to unite America and heal, President-elect Biden

Biden took a lead in  both the popular and electoral college vote count.
News
1 year ago

Obama's opponent Senator Mitt Romney said, "Ann and I extend our congratulations to President-elect Joe Biden and Vice President-elect Kamala Harris. We know both of them as people of goodwill and admirable character. We pray that God may bless them in the days and years ahead".

Speaker Nancy Pelosi said Biden's win was a clear indication that Americans had kept the republic.

She added, "In President-elect Joe Biden, Americans elected a leader ready on Day One. Working together with President Biden and Vice President Harris, we have the opportunity to deliver extraordinary progress For The People".

It is far from over, Trump says will not rest until justice served