Urge retailers, consumers and all stakeholders to remain vigilant of the company's actions

• The Kenya Human Rights Commission and Ndula Resource Center said on Wednesday that Kakuzi's efforts to address human rights concerns were merely for them to get back to the market. 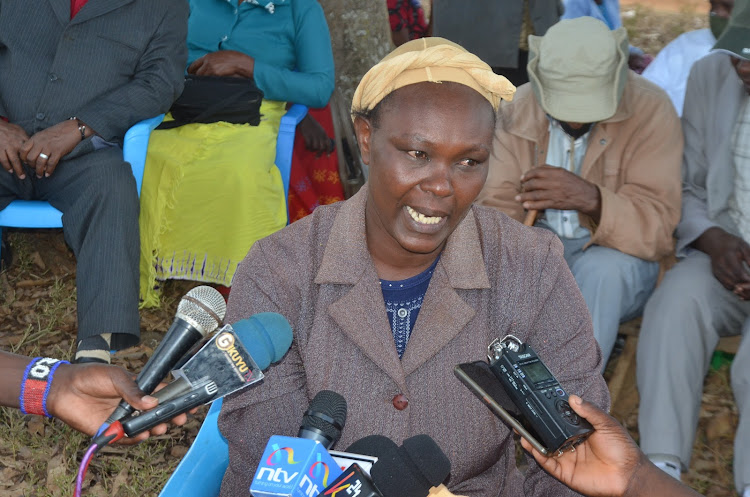 Teresia Wanjiku narrates how Kakuzi fired her after she sustained injuries at work.
Image: Alice Waithera

Two human rights groups have dismissed efforts by fruit exporter Kakuzi to address claims of brutality in its business as insufficient and meant to appease its European customers.

The Kenya Human Rights Commission and Ndula Resource Centre said on Wednesday that Kakuzi's efforts to address human rights concerns were merely for them to get back to the market.

People claiming to be former employees of Kakuzi recently accused its guards of letting dogs on them. Others claimed sexual abuse, beatings, false imprisonment and even killings.

Some of the victims lodged a lawsuit against the company in the UK. UK supermarket Tesco suspended trading with Kakuzi until an investigation and remedy by the company.

Last week, the Kakuzi appointed former Safaricom board chair Nicholas Ng'ang'a to lead its own and created an independent human rights division to look into the claims.

But the activists said the changes were cosmetic and the company has not admitted wrongdoing to form the basis of its reforms.

“The appointment of a new chairman to its board, the establishment of the Independent Human Rights Advisory Committee and an operational-level grievance mechanism are all desperate attempts to appease the UK market,” they said.

The organisations claim that the company is luring some of the victims who lodged the UK suit to withdraw from the case.

“Kakuzi started by denying all claims levelled against it and embarked on massive interference with claimants including threatening and intimidating them.

"Additionally, Kakuzi has been luring unsuspecting claimants to withdraw from the UK suit as well as engaging in unscrupulous compensation of the victims,” the lobbies said.

The groups further fault the company for carrying out the purported reforms without involving the local community, the workers and alleged victims.

They urged the UK retailers, consumers and all stakeholders to remain vigilant of the actions of Kakuzi.

"From the behaviour of this multinational, it is clear that Kakuzi does not care about its human rights obligations in the management of its affairs," officials of the two groups told reporters.

The activists want the European market players to continue boycotting Kakuzi products and to suspend it from trading until there is proof that it has complied.

The company must also apologise to its workers who may have been affected by the claims they say to be credible.