IN PERSUIT OF JUSTICE

• ICC said Gicheru will make his initial appearance before the Court on Friday 06/11 at 16:00 (Hague time).

• Fatou Bensouda said her office is committed to investigating and prosecuting individuals who attempt to pervert the course of justice. 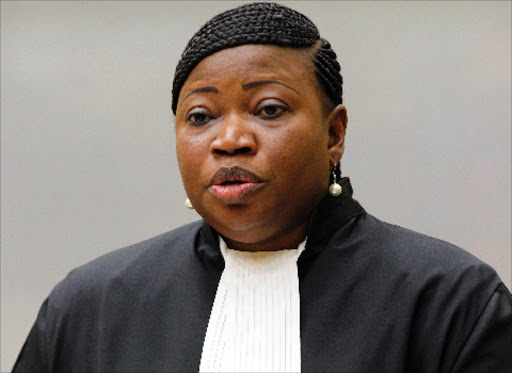 In a statement on Wednesday, Bensouda said the court's judicial proceedings will follow in accordance with the requirements of the Statute.

“I welcome the news of Paul Gicheru's voluntary surrender and transfer to the custody of ICC.”

ICC said Gicheru will make his initial appearance before the Court on Friday  at 4pm (Hague time).

Bensuoda’s office had requested the judges of the Court's Pre-Trial Chamber II to issue a warrant of arrest for Gicheru, on charges of interfering with ICC witnesses in the Kenya Situation, contrary to the Rome Statute.

“In their decision, they found that the evidence presented by my Office established reasonable grounds to believe that Gicheru and Philip Kipkoech Bett were involved in an organised and systematic criminal scheme, aimed at approaching and corrupting six Prosecution witnesses, through bribes and other inducements, in exchange for withdrawing as witnesses and/or recanting their prior statements to the Prosecution.”

She said that her office is committed to investigating and prosecuting individuals who attempt to pervert the course of justice by interfering with ICC witnesses.

“Interfering with the attendance or testimony of ICC witnesses, or retaliating against them are serious crimes under Article 70 of the Rome Statute.”

The prosecutor has urged the Kenyan government to present the other two wanted suspects to the court.

On August 2, 2013, the judges of Pre-Trial Chamber II issued an arrest warrant for Walter Osapiri Barasa on charges of interfering with ICC witnesses, contrary to Article 70(1)(c) of the Rome Statute.

“I call on the Kenyan authorities to fulfill their obligations under the Rome Statute to ensure the surrender of the remaining two suspects to the custody of the Court, so that their guilt or innocence on the charges against them may be determined in a court of law.”

Gicheru on Monday surrendered to the authorities of The Netherlands.
News
2 years ago

The case remains in the Pre-Trial stage, pending the suspects' arrest.
News
2 years ago
Post a comment
WATCH: The latest videos from the Star
by KEVIN CHERUIYOT Online Journalist
News
04 November 2020 - 22:13
Read The E-Paper