From Nairobi slums to US university: Natasha Wanjiru's story of hope, resilience

Brought up in Kawangware, she didn’t have high expectations for her future.

• While in high school, Natasha began an empowerment program called Change-4- Change initiative; supporting girls back in Kenya to go to school.

• Natasha hopes to change the world Natasha and hopes that her university education will bring her one step closer to doing so. 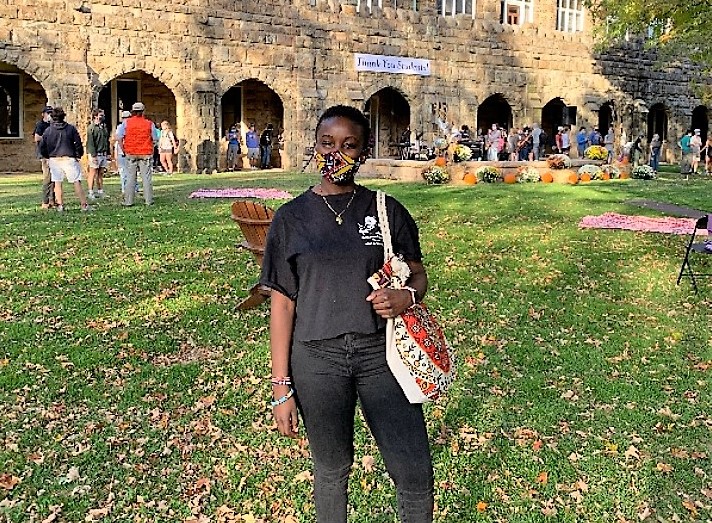 Hers is a story of resilience, hard work, and determination to find a seat on the table among the best.

It is the story of Natasha Wanjiru who in her words wants to change the world and hopes that her university education will bring her one step closer to doing so.

Brought up by a single parent in one Kabiria slums in Kawangware, one of Nairobi’s largest informal settlements, she didn’t have high expectations for her future.

When her elder brother joined secondary school it became a burden for her mother to keep both of them in school.

Being the younger one, and a girl, and coupled with poor grades in schools she had to sacrifice her place in favour of the brother.

Like many children out of school in Kenya, Natasha spent her days in the alleys of her community; playing with other out of school children - many of whom would be destined to stay trapped in the cycle of poverty they were born into.

Not long afterwards; a new school opened in her community and her mother heard positive reports from her neighbours. She decided to enrol Natasha. At Bridge International School Kabiria, on the outskirts of Nairobi, Natasha settled down to concentrate on her studies and quickly found that she was a good student.

As the weeks passed her view of going to school and its purpose changed and she became motivated to do well.

“I became more determined and focused. Before that point, I went to school just to be there as a formality but then I saw that I was changing, I could do more and I was learning about new things - it was exciting,” Natasha said.

In 2015, Natasha sat the Kenya Certificate of Primary Education (KCPE); the primary school exit exams which are a big moment for any child.

Achieving such good marks in the KCPE was unusual for children in Natasha’s community; most dropped out before finishing primary school, often unable to read and write. 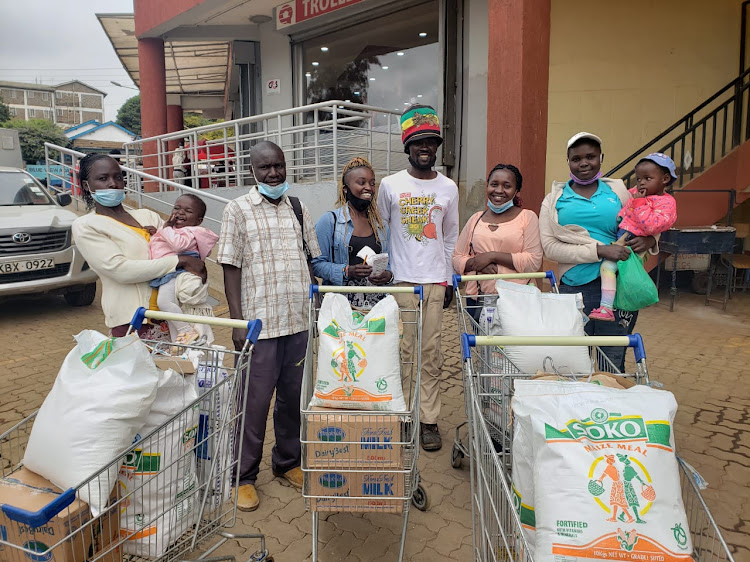 It is even more unusual in the case of girls who can find themselves married or pregnant before reaching the final year of primary school.

For those that do well in the KCPE, their education often ends there. The cost associated with secondary school can be prohibitive; and for girls, the expectations of marriage and family looms.

However, for Natasha, the story was going to be different. After doing well in the KCPE she was determined to continue her education.

She was lucky that her teachers and her family were fully behind her. It was because of this encouragement that she decided to apply for a US scholarship.

Her outstanding KCPE performance earned her a scholarship to study at Episcopal High School in Virginia, USA.

Leaving the country was a dream come true for her, none of her family had ever set a foot outside Kenya.

It was a big journey for any child and she was nervous. But her mother pushed her to take the opportunity that her hard work had won her.

Looking back at her journey, Natasha has an enduring respect for her mum, the hero in her life who she puts on a pedestal. 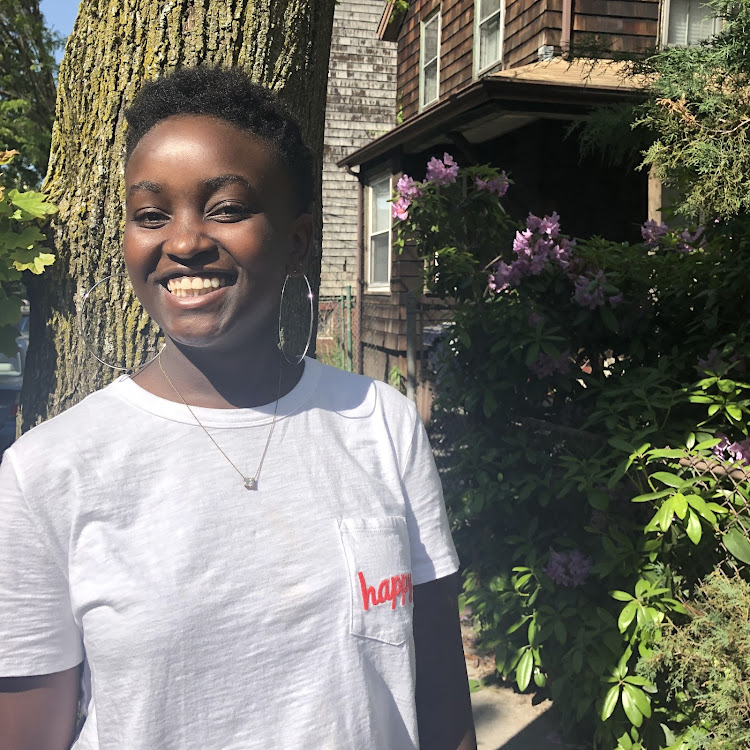 “She’s courageous and someone who struggled to do her best and make sure her daughter believed in herself. She’s my role model and a woman of steel who has endured suffering from grace and dignity to ensure that her children get the best out of this life. I wouldn’t be where I am today were it not for her sacrifices,” she said.

Once Natasha arrived in the US, Episcopal High School was a world away from home; and took a long time for her to adjust to, everything about it was different.

She missed home and her friends, but she got used to her new school, and as time passed she made new friends.

Life was a steep learning curve, not only in class but also in school more generally.

She had to balance learning about a new culture, new people, and new ways of doing things with her studies.

Despite being thousands of miles away she thought of home often.

One of the things that Natasha is most proud of from her time at Episcopal is her Change-4- Change initiative; supporting girls back in Kenya to go to school.

“As I landed in the US, I knew that I had been given the opportunity of a lifetime. Back home, I had not only seen but also experienced, what it feels like to not go to school and feel trapped,” she said. “Now that I had this incredible opportunity, I knew for sure that I could help make a difference in other children's lives. I know how it feels when you realize that someone, somewhere, cares about your future.”

Natasha hopes that the beneficiaries of Change-4-Change will take the opportunity it offers them and use it as a platform to succeed:

“It is 45 families who will be helped out of poverty and 45 communities who might feel the difference. It’s a good start,” remarks Natasha.

As Covid-19 began to spread in early 2020, Natasha was winding up her high school education.

She had decided that after four years, she wanted to stay in the American education system if she could and had applied for US colleges.

Excitingly, she’d won a place and a scholarship to Sewanee college in Tennessee and was admitted in September.

She doesn’t know what the future holds but she hopes to become a social entrepreneur and build upon the work she began in high school:

“I want to use the opportunities I have been given to bring change to my community,” says Natasha.

The Journey from Kabiria in Kawangware to Sewanee has not always been smooth sailing but it is one that she is immensely proud of, she remarks.

When Natasha comes back to Kenya during the holidays she stays in her childhood home, where she grew up, and acts as a role model and a mentor for other girls in the neighbourhood.

It saddens her to see the out of school children in the alleys she herself used to play in.

Natasha knows that like her, those children have an extraordinary amount of potential; but that it’s unlikely they will have the opportunity to realize it.

Post a comment
WATCH: The latest videos from the Star
by LEWIS NYAUNDI Education Reporter
News
04 November 2020 - 13:02
Read The E-Paper