The prevalence is 97.5 per cent compared to Nairobi's 8 per cent

• Garissa residents say political interference is a hindrance in the fight against FGM.

• President Uhuru Kenyatta has pledged to end FGM by 2022, but this  might be a tall order. 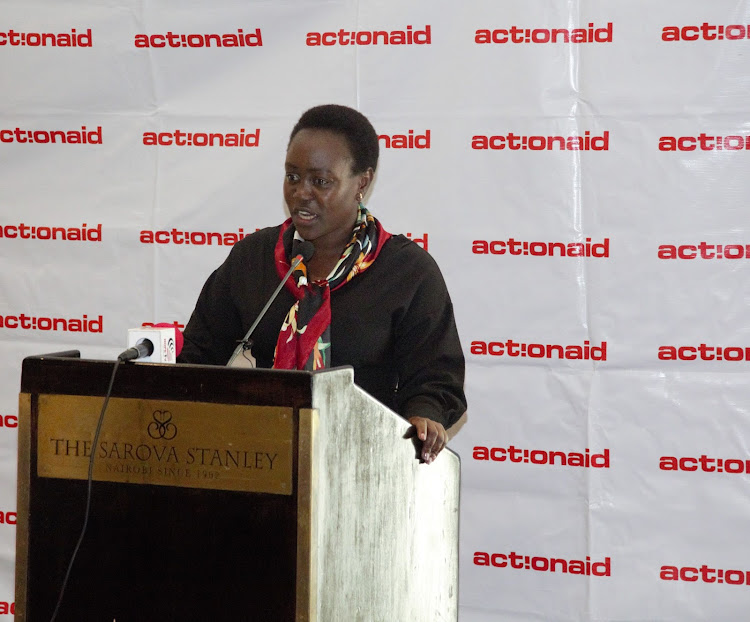 ActionAid Executive Director Susan Otieno speaks during the release of the evaluation results at a Nairobi Hotel
Image: MAGDALINE SAYA

Lack of political support has been identified as among the reasons for high prevalence of female genital mutilation in northeastern Kenya.

The rates for Coast, Nairobi and Western are respectively 10.2, eight and 0.8 per cent. But there is hope that the situation in Northeastern is improving. Kamuthe in Garissa county is one region determined to do away with FGM.

“We are now on top of things and soon Female Genital Mutilation will be a thing of the past in Kamuthe,” a former female circumciser said.

She has since abandoned the practice and settled on other income generating activities.

ActionAid Kenya, in collaboration with Peoples Postcode Lottery (UK) and local partners has come up with a project titled Tackling Barriers to Girls’ Education in Kenya.

The project has been identified and evaluated by Right Track Africa on its  achievement in the nine Northeastern counties. The region was chosen because the cultural practice is predominant.

“Isiolo had the highest violation against women. But it (violation) is well distributed across those counties,” Right Talk Africa's Julius Nyangaga said. 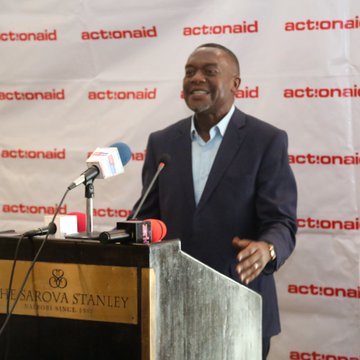 Garissa residents cited political interference as a hindrance in the fight against FGM.

“Politicians do not want to fully dedicate themselves to fight FGM and promote women rights because they are afraid of not being reelected by those for the vice,” the survey says.

From the report, violence against women and girls is high in Kenya, despite a provision for equality and freedom from discrimination in the Constitution.

“Specific groups of women and girls face disappropriate violence. These include women living in abject poverty, those from pastoralist communities and those facing frequent droughts and insecurity.”

The report notes that child marriages and teacher shortage due to insecurity hinder girls’ education in Garissa. The frequent al-Shabaab attacks have forced out most non-local teachers.

Women circumcisers use the practice for income generation, making it difficult to end FGM.

ActionAid executive director Susan Otieno says violence against women and girls is one of the major barriers to girls accessing education.

“This cuts across violence within the community or at home, violence on the way to school and violence in school. FGM is a cultural practice that our people have found difficult to overcome,” Otieno said.

She said there is a belief that when a girl is due for marriage, she should be cut. "We have witnessed FGM happening at the age of nine or 10. What that means is that girls will not be back in school and will instead be forced into marriage.”

Otieno said there was a need for the community to appreciate the importance of a girl staying longer in school as that guarantees a change in her life in future.

According to the World Health Organisation, more than 200 million women and girls have undergone FGM.

President Uhuru Kenyatta has pledged to end FGM by 2022, but this  might be a tall order.