The DP said the country cannot be united through divisive political tactics.

• Ruto said that the country would not be exposed to avoidable referendum costs.

• Mathira MP Gachagua said the country had the opportunity to come up with a strong document that will place Kenya in a transformation path. 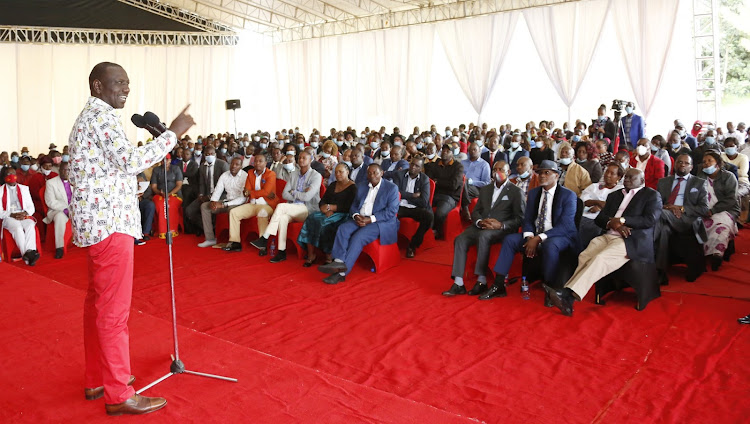 Deputy President William Ruto has said that it is possible for the country to strike a consensus on the Building Bridges Initiative (BBI) report.

Ruto said that that the country will be spared from plunging into an unnecessary contest by bringing together Kenyans with divergent views on BBI.

“We can agree on the contentious issues on BBI so that we can move the country forward,” Ruto said.

The DP spoke on Monday at his Karen residence when he met over 1,000 Kamba professionals from Makueni, Kitui, and Machakos Counties.

Ruto said that the country cannot be united through divisive political tactics.

“We want to move this country forward together. Leaders must therefore avoid engaging in any acts that may interfere with our social fabric,” he added.

While agreeing on the gaps in the BBI report, Ruto said that the country would not be exposed to avoidable referendum costs. 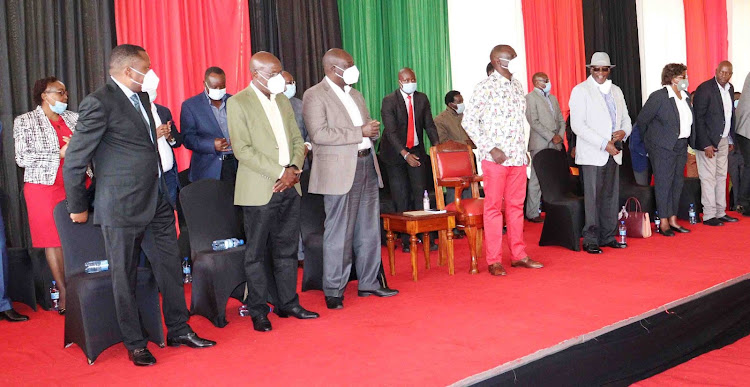 Muthama said the country was deep in economic turmoil as a result of the Covid-19 pandemic, and any push for the review of the constitution was ill-informed.

Shollei observed that the BBI as it is would erode the autonomy of independent institutions.

Gachagua said the country had the opportunity to come up with a strong document that will place Kenya in a transformation path “if the issues that affect ordinary people are factored in the BBI”.

“Let us not be too heavy discussing issues about power and positions for leaders. We also need to look at the affairs of the people at the lower part of the wealth pyramid,” Gachagua said.

We are ready for referendum, MPs say after Uhuru, Raila meet

While in Naivasha, MPs allied to Uhuru and Raila handled the BBI recommendations of the addition of 70 seats in the National Assembly.

They said that this is great news for Kenyans who have long suffered from under-representation and a number of whom had made submissions to the BBI steering committee on the need for additional representation.

The legislators, led by Siaya Senator James Orengo, said through the 'one nation one country' philosophy, that BBI seeks to ensure that no region is left behind.

He said through an increase of county allocations to 35 per cent, the BBI will ensure that all counties are fully equipped and adequately resourced.

Orengo said the BBI bill will enable the Judiciary to deal with crime and cases involving corruption would be heard and determined in six months.

"Women and persons with disabilities are protected and given greater space and a greater role in leadership. Women are an integral part of the country and must effectively be supported to take up these leadership roles," Orengo said.

The BBI Report was formally launched at the Bomas of Kenya last Monday.
News
1 year ago
by KEVIN CHERUIYOT Online Journalist
News
02 November 2020 - 19:10