Kenya could look to her pre-colonial past for ideas on how to deal with crime.

• Faithful implementation of the spirit and letter of the Constitution would end the prison state.

• Arbitrary arrests would be a thing of the past and confinement would be a last resort. 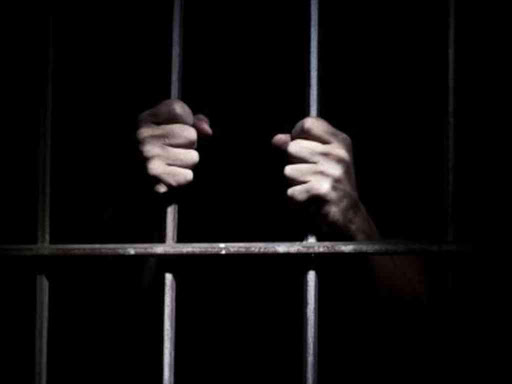 “Arrest them!” Across the globe, this is the popular demand whenever someone is accused of wrongdoing.

Demands for the detention of suspects and convicts are an almost involuntary reflex reaction whenever vices like murder, rape, robbery, poaching or corruption rear their ugly head.

We rarely give thought to this identification of incarceration with punishment and the consequences of doing this. Especially given that in Africa, confinement as a form of punishment was largely unknown prior to colonialism.

Jails that did exist in some pre-colonial kingdoms, were established to hold either suspect pending trial or convicts.

Yet there does not seem to have been much resistance to the idea of incarcerating people. It is somewhat strange considering, as historian Daniel Branch observed, “prisoners were serving sentences in institutions with no historically derived meaning, having been convicted for activities that they would not themselves consider offences”.

Even as prison conditions deteriorated markedly during the Mau Mau emergency and after Independence, attitudes towards incarceration did not change.

Although Kenyan prisons continue to be heavily criticised by international groups for neglect, violence and abuse of human rights, there has not been a popular movement for prison reform.

The sporadic attempts at improving prisoner welfare led by a few religious and civil society groups and state officials, most notably former Vice President Moody Awori’s reforms in the early 2000s, have yielded few tangible improvements or calls for the abolition of prisons.

Today, hundreds of thousands of Kenyans who have been convicted of no crime continue to spend time in police or remand jails.

The National Council on the Administration of Justice points out that police have abused their powers of arrest “to harass Kenyans, especially the poor, vulnerable and marginalised individuals without sufficient legal knowledge to defend themselves or sufficient resources to either bribe the police officer to be released or to hire a lawyer to represent them in Court”.

The scale of arrests is jaw-dropping. An audit by the NCAJ found that 145,000 people had been detained in just 15 of police stations between 2013-14. That suggests a total of 10 million people, or one in every five Kenyans, are arrested by the police every two years.

This is in addition to the nearly 30,000 being held in remand, who constitute half of the prison population.

Despite attempts to decongest the jails by encouraging, for example, alternative dispute resolution mechanisms, courts, like the police, continue to treat liberty as a privilege to be earned rather than a right to be protected.

Although four years ago the High Court declared unconstitutional the police practice of arresting “suspects” and then asking the courts for more time to complete investigations before charging them, judges and magistrates continue to allow it.

An audit by the DPP revealed that judges and magistrates routinely issue unaffordable bail and bond terms.

Some 90 per cent of the suspects in pre-trial remand have actually been granted bail or bond but are too poor to execute them.

In a country where nearly half of households earn less than Sh10,000 per month, and where the poor make up the vast majority of those targeted by the police, only six per cent of those in pretrial custody had been granted bail amounts below that figure.

In short, in the name of fighting crime, Kenya continues to imprison millions of its citizens in inhumane and deplorable conditions.

Yet this has not had a significant effect on the crime rate, with intentional homicides hovering between 4.5 and 5.5 per 100,000 over the last decade according to the World Bank.

Faithful implementation of the spirit and letter of the Constitution would end the prison state. Arbitrary arrests would be a thing of the past and confinement would be a last resort.

If judges took seriously the prohibitions against “cruel, inhuman or degrading treatment or punishment” they would stop sending suspects and convicts to violent, overcrowded, unsanitary death prisons.

Kenya could look to her pre-colonial past for ideas on how to deal with crime. At that time, criminal justice systems were more focused on restitution and reconciliation rather than punishment.

They “were victim rather than perpetrator-centred with the end goal being compensation instead of incarceration” notes Prof. Jeremy Sarkin.

It was only on the rare occasion when the crime was either sufficiently grievous or the offender had exhausted society’s patience that severe penalties including ostracism, banishment or death were imposed.

Learning from the past does not mean we must replicate it. It means recognising values and attitudes about dealing with a crime that could be adapted to modern times. And discarding the idea that criminals and suspects have to be walled off from society.

Kenyan prisons should be holding high-ranking personalities who steal from the public.
Opinion
3 years ago
Post a comment
WATCH: The latest videos from the Star
by PATRICK GATHARA Political Cartoonist and Commentator
News
01 November 2020 - 09:20
Read The E-Paper