•Overcrowing has made it difficult to keep social distance. 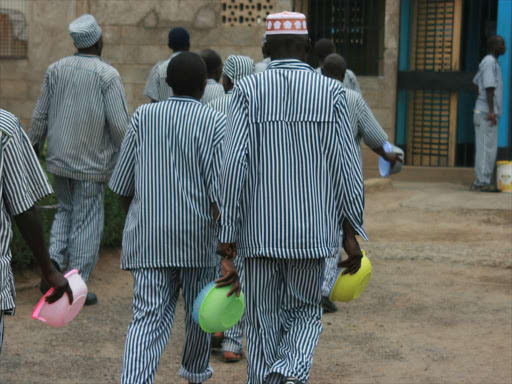 At least three inmates have died while 1,700 others have been infected with Covid-19 amid struggles to contain rising infections in prisons.

Commissioner-General of Prisons Wycliffe Ogallo on Friday said there were inherent challenges that have made the fight against the spread of the virus difficult.

“Infrastructural capacity in the prison is so static. Some of them were built many years back but the system continues to run. One key aspect of keeping Covid-19 at bay is keeping the one-metre social distance. I want us to agree that is not possible,” Ogalo said.

The prisons health services director Kisivuli Anzenga said occupancy in prisons is far much beyond the capacity despite the release of some inmates to check the numbers.

“Our prisons were designed to have a capacity 30,000 but the occupancy is at 55,000. With Covid-19 and after the review and release of some inmates, the occupancy is at 46,000. That is still far much more than the recommended numbers,” Kisivuli said.

He said insufficient quarantine and isolation facilities coupled with a shortage of medical personnel within the prisons have posed a challenge.

“We have 60 quarantine centres with a total bed capacity of 2,100. Our occupancy currently as stands at 2,900. We have 710 inmates who are currently positive,” he said.

The director said there were only 230 health personnel, among them, five doctors, 65 nurses, 48 clinical officers and 50 lab technicians to manage all the prions across the country.

Ogallo said the three registered deaths include a staff. All of them had underlying ailments such as HIV, cancer and diabetes.

“We have come up with protocols that have enabled us to combat the challenge,” he said.

Interior Chief Administrative Secretary Hussein Dado said the government has introduced protocols and measures to keep the virus at bay and protect the inmates and prison staff.

They include mandatory quarantine for any new inmate with tests done every seventh and 14th day of the month before they are committed to prison rooms.

Handwashing and sanitation booths have been erected along walking paths in prisons, mandatory fumigation of vehicles entering the premises as well as screening. The prisons are also maintaining all inventories of all visitors.

“The government has taken measures to isolate and treat prisoners infected with Covid-19 at Nairobi remand prisons. They include banning all visits, partial to complete lockdown of prison and adoption of robust control and management of positive cases.

Dado and the prison chiefs were responding to a statement by nominated Senator Falhada Dekow who had demanded to know the status of Covid-19 situations in correctional facilities.