• Kiunjuri wants citizens to be given adequate time to read and understand the details of the BBI document before making an informed decision.

• Scholars and analysts asked to demystify the document for Wanjiku. 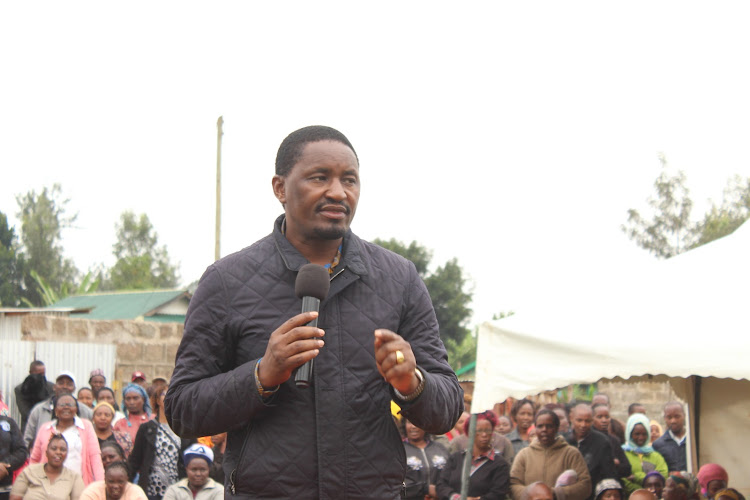 Kenyans should be given adequate time to read and understand the BBI report, former Agriculture Cabinet Secretary Mwangi Kiunjuri has said.

"The devil is in the detail," hence the need to comprehensively read the document, Kiunjuri said.

He at the same time called on scholars and analysts to demystify the document for Wanjiku.

Kiunjuri, who spoke on Friday during the burial of Equity Bank general manager Stephen Ngotho's father-in-law in Kirinyaga, said the country needed an all-inclusive national dialogue on the Constitution.

He said peace and unity should be fostered before the adoption of the BBI report.

The DP William Ruto ally decried the sharp division among political players which, he said, was contrary to the mission and vision of the Building Bridges Initiative.

He challenged President Uhuru Kenyatta to reconcile the Kieleweke and Tangatanga factions of Jubilee before engaging the public on BBI.

“We as leaders need to dialogue and speak with one voice as through this we will avoid being sceptical of each other. This constitutional change process could be a trap," the former CS said.

Othaya member of Parliament Gichuki Mugambi commended President Kenyatta and former Prime Minister Raila Odinga for discarding their political interests for the sake of the country.

He reiterated that BBI is for inclusivity and unity of Kenyans. He asked those interested in 2022 political slots to cease their political activities and give those in-office time to serve.

“Seek wise counsel as you hit the ground running and advocate through the BBI what is good for the whole country," Karangi said.