• The Southern Africa region is the most affected by Covid-19, both in terms of the number of confirmed positive cases and deaths.

• Kenya this week marked the beginning of the 33rd week since the first case of Covid-19 was reported in Kenya on March 13. 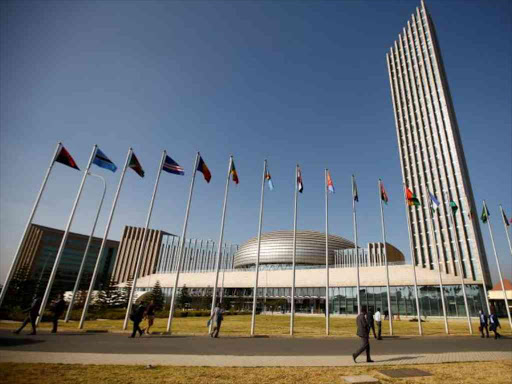 The African Union chairperson has urged leaders to consider reverting to stricter lockdown regulations to stop the new wave of infections.

South African President Cyril Ramaphosa, who spoke in his capacity as AU chair, said countries must do everything to tame the surge.

He spoke during the second mid-year coordination meeting of the African Union, the Regional Economic Communities (RECs) and Regional Mechanisms.

"The pandemic has shown a great deal of resilience and countries that have experienced a decline in infections have also encountered surges in infections, which has made them revisit the lockdown measures," he said.

"We must try to avoid that scenario in Africa. We remain optimistic that the momentum will not be lost and we will ensure that all outstanding work is completed," he said.

The World Health Organization has warned that the entire continent could see a resurgence in new cases.

The total number of confirmed cases across the continent reached 1,654,412 on Tuesday.

The most affected African countries in terms of the number of positive cases include South Africa, Morocco, Egypt, Ethiopia, Nigeria and Kenya.

The Southern Africa region is the most affected by Covid-19 – both in terms of the number of confirmed positive cases and deaths.

WHO regional director for Africa Dr Matshidiso Moeti warned the world was witnessing a resurgence in the number of new infections.

In a statement, Moeti noted that several African governments have been reopening their borders, schools and relaxing restrictions on movement and gathering.

“Working together with the WHO, Africa CDC and other partners, African countries are now in a much better position to tackle challenges Covid-19 is throwing our way.”

Kenya is also experiencing a resurgence and could be in for a second wave.

The country also recorded the highest number of deaths in a week at 65, bringing total fatalities to 870.

Today marks the beginning of the 33rd week since the first case of Covid-19 was reported in Kenya on March 13.

Thursday's cases brought the numbers for week 32 to 4,069, the fourth highest count in a seven-day period since March.

The last time the country recorded over 4,000 cases in a week was in mid-August, when the government's imposed restrictions were still in place.

Post a comment
WATCH: The latest videos from the Star
by JOHN MUCHANGI Science Editor
News
23 October 2020 - 17:35
Read The E-Paper