You can catch Covid-19 a second time, scientists warn

• Scientists say reinfection - although extremely rare - could be happening in places like Kenya. 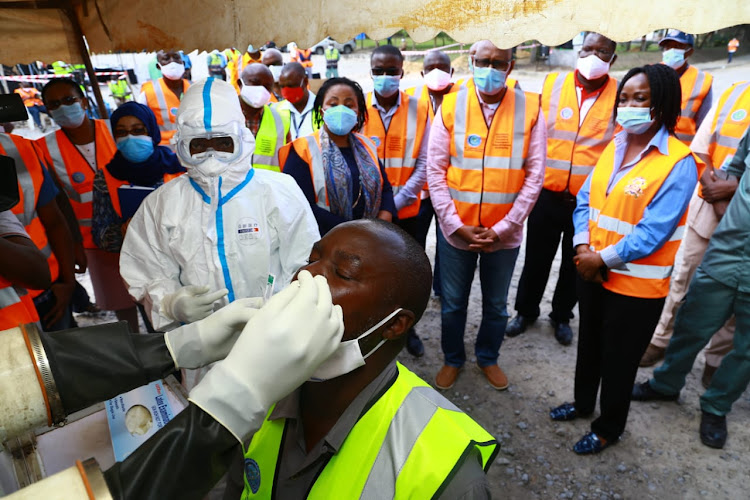 TEST: Samples are taken from a truck driver at the Miritini Covid-19 Testing Centre on July 3.
Image: JOHN CHESOLI

Scientists have confirmed a person can be reinfected by Covid-19, strengthening a 2018 finding by Kenyan researchers that initial exposure to coronavirus does not offer long-term immunity.

Scientists say reinfection - although extremely rare - could be happening in other parts of the world.

The man first contracted mild Covid-19 in April and tested negative twice in May. In June, he tested positive again and experienced even more severe symptoms, requiring oxygen support.

"This case report adds to rapidly growing evidence of Covid-19 reinfection," says a profile of the case, published on Monday in the Lancet Infectious Diseases journal.

This is the fifth case of reinfection, the others having been reported in Belgium, the Netherlands, Hong Kong and Ecuador.

The announcement came as Kenya reported an uptick in infections and hospitalisations, none of which has been confirmed as reinfection.

In June, the Ministry of Health said a study of blood serum confirmed at least 1.6 million Kenyans had been exposed to the virus by end of April. The finding raised hopes that many Kenyans, especially in Nairobi and Mombasa, had gained immunity.

On Monday, the Aga Khan Hospital in Mombasa, which has one of the largest Covid-19 treatment centres in the region, said new cases are rising.

Co-chair of the hospital's infection committee Irfan Samji said they are now receiving more cases after a fall in September.

He said the new cases have milder symptoms compared to those infected at the peak in June and July.

"Recent cases have been reported to have subtler symptoms such as an altered sense of smell and/or taste, sometimes in the absence of obvious flu-like symptoms," he said in internal communication.

Recently, the Ministry of Health warned the disease may peak again if the public health measures continue to be flouted as the country reopens.

Despite the new development, scientists have known of the human coronaviruses since the 1960s. The Sars-Cov-2 is now the seventh coronavirus that can infect people.

The Kemri scientists tracked people infected with the alpha coronavirus (NL63 ) in Kilifi for about six years.

About 30 per cent of those who caught one variant of the virus once experienced a second infection, while about 10 per cent went on to contract it a third time—and at least one person was infected four times.

Some were reinfected just after three months of their first infection.

"Reinfections ...did not require genotype switching and there were multiple cases where the second infections resulted in higher viral loads than the initial infection, revealing ineffective protective immune responses after initial exposure to the virus," scientists say in the study published in the Journal of Infectious Diseases in June 2018.

Scientists say they need more research to understand how long immunity may last for people exposed to SARS-CoV-2 (the virus that causes Covid-19) and how the prospect of reinfection could influence the hunt for a vaccine.