•North Mugirango MP Joash Nyamoko welcomed the approval of the meeting by police.

•“It’s good that we have been given a go ahead. We gave them notification and we were not seeking for their permission,” said Nyamoko. 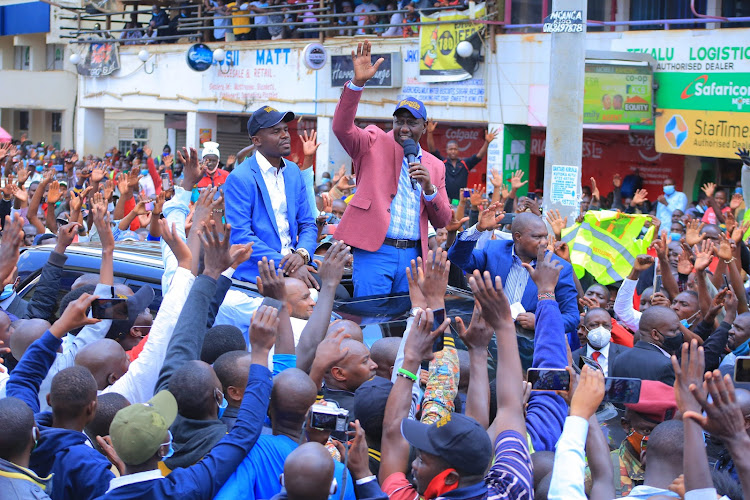 Deputy President William Ruto has been granted permission to hold two public meetings in Nyamira county on Thursday after his hosts applied for permission.

The DP is on Thursday scheduled to hold a funds drive for Nyamira South Sub County Boda Boda Sacco at Sironga playground and later, a funds drive at Miriri in Kitutu Masaba constituency for Seventh Day Adventist Churches in Nyamasebe district.

The two functions were disrupted last Thursday by heavily armed policemen who said the hosts failed to obtain permission from the local police, which they disputed.

This came after the fatal chaos witnessed at AIPCA church in Kenol, where Ruto was to hold a fundraiser.

Two young men were killed in the chaos.

On Tuesday, West Mugirango MP Vincent Kemosi and Pastor Richard Nyaribari applied and were granted permission to host the Deputy President, who is returning to the Gusii region.

According to a letter by Mohammed Susura, the Nyamira Police Station commander, the MP as the convener must comply with the National Security Advisory Committee directives, obey of the Public Order Act and adhere to Covid-19 health protocols.

“As convener, you will work with police officers to ensure that law and order is maintained. You will be held responsible for any acts of lawlessness and disorder that may arise,” said Susura in his letter.

In his letter to Pastor Nyaribari, Keroka Officer Commanding Station Elam Esendi asked the clergyman to cooperate with police to ensure that security is maintained during the function. Area MP Shadrack Mose will host the function.

North Mugirango MP Joash Nyamoko welcomed the approval. “It’s good that we have been given a go ahead. We gave them notification and we were not seeking for their permission,” said Nyamoko.

He added that the two functions are not political, but aimed at empowering the people. “At the end of the day, those boda boda operators will be empowered. Our aim is to empower our people,” said Nyamoko.

Kisii Deputy Governor Joash Maangi said his team is also organising the DP’s visit to the county on Friday.

“We have notified the police and we are waiting for them to give us a go ahead. However, we are in the process of organising the event which will be at Kenyenya,” Maangi told the Star.