We need you but won't pay you - health volunteers told

•The Bill provides allowances and gear but senators say health volunteers must remain unpaid; if they were salaried, counties could not afford them.

•The proposed law passed second reading in Senate on Wednesday. 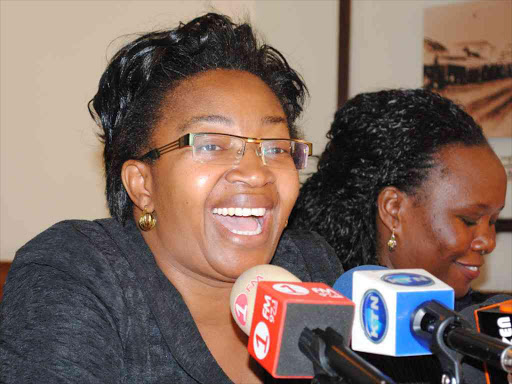 We love you, need you, can't do without you - but don't expect a salary.

That's what senators told community health volunteers (CHV) as a Bill supporting them passed its second reading on Wednesday last week. Money bills must originate in the National Assembly, not the Senate.

The Bill would recognise, improve welfare and streamline the handling of CHVs. It calls for recruitment of paid workers.

Senators said they could not be on the payroll, however, because of counties' bloated wage bills.

While debating the Community Health Services Bill, 2020, the lawmakers said although the workers play critical roles in healthcare, they should remain volunteers.

The senators’ proposal is similar to one by the Council of Governors, which opposed putting the community health volunteers on the payroll.

“I still want to persuade the Bill's sponsor, Agnes Zani, that it would be very helpful to counties to move the Bill from having community health 'workers' to 'volunteers'," Nyamira Senator Okongo Omogeni said.

He said counties spend almost 50 per cent of their recurrent budgets on health workers' salaries, which would be out of hand if community health voluteers were paid as workers.

“If we push the community health workers to be absorbed into the county wage bill - take Nyamira county - we are talking about an increase of more than Sh1 billion," Omogeni said.

The Bill, sponsored by Nominated Senator Zani, would compel county governments to recruit community health workers, pay them allowances and provide them with necessary job kits.

It seeks to regulate community health services and recognise volunteers-workers.

Nairobi Senator Johnson Sakaja proposed that because of the critical services CHV provide, counties should give them at least a half of the minimum wage as a monthly stipend.

Health committee chairman Michael Mbito (Trans Nzoia) said his committee has proposed many amendments to the Bill to ensure that it does not burden counties financially.

“We want make this less strenuous to counties. We also want to avoid the issue of this Bill being declared a money Bill," meaning it must originate in the National Assembly, he said.

Lawmakers  praised the Bill, however, saying it would greatly improve health services at the community level and eliminate preventable illnesses.

He said volunteers should be properly trained and kitted to improve their skills and ability to respond to emergencies.

“Investment in CHVs will reduce the money being spent on health because we have seen preventive interventions reduce the burden and the cost of healthcare as we have less need for drugs and hospitalisation," Sakaja said.

He said TB and HIV has decined significantly because of sanitisation of communities by the health volunteers.

“I am glad this Bill provides for CHVs to help us in early detection, contact tracing, psychosocial support and other services," Sakaja said.

Busia Senator Amos Wako emphasised the need to remunerate the CHVs to improve uptake of services at the community level.

“We have many of them in every village in Busia, but they are not being paid. I am glad that through this Bill, they will be adequately remunerated,” he said.

Zani insisted the welfare and well-being of community health volunteers should be a priority because they are entrusted with our health.

“Most CHW in place, now volunteers, tend to be people well respected within the community. They are well known. The person you trust with your health is the person that you will listen to,” she said.