For justice to be done and further for the people to feel that justice has been done, separation of powers in prosecution is mandatory.

•Attacks targeting institutions such as the ODPP and the ongoing turf wars and impasse between DPP and DCI are fodder to radicals and extremist groups.

• For justice to be done and further for the people to feel that justice has been done, separation of powers in prosecution is mandatory. 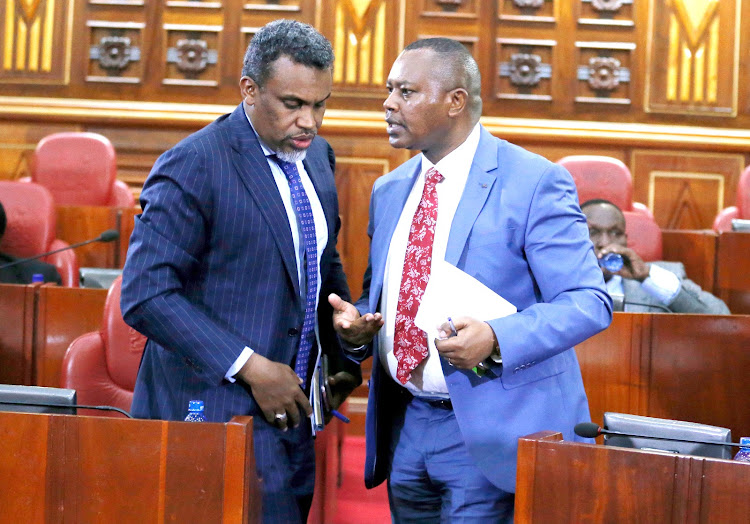 Haki Africa is implementing the Collective Resilience Against Extremism project, which seeks to mobilise criminal justice actors to work together in building faith in the system.

It also seeks to bridge the gap between coastal communities and law enforcement entities, including the Office of the Director of Public Prosecutions, the police, national government administration, the Judiciary, probation, prisons, the inspectorate and the independent offices.

Among these are the Independent Policing Oversight Authority and the Kenya National Commission on Human Rights.

The theory of change for the project is that if the people have faith in the criminal justice system, then they will not be easily hoodwinked into joining terror groups in search of 'justice'. Consequently, this will reduce their vulnerability to radicalisation and extremism.

When communities have their grievances efficiently handled, it will deny these recruiters avenues of exploiting the youth, thus preventing and countering violent extremism.

Building faith in the justice system, where everyone feels their matters are fairly and impartially addressed in an open and transparent manner, is crucial in Kenya’s war against terror.

For years, the mistrust between justice actors (such as the police) and communities (particularly youth) has led to major losses that have contributed directly to the push factors of violent extremism.

It is this situation that the CREATE project seeks to remedy by building faith in the justice system and narrowing the gap between justice actors and communities.

This will ensure the two work together to address underlying issues that in the past led to historical injustices and presently contribute to grievances.

The belief is that this will reduce communities’ vulnerability, especially the youth, to violent extremism.

At the fulcrum of the project is the ODPP, which has played a crucial role in not only mobilising justice actors to work together but also generating public goodwill and support for the project.

In the recent past, the ODPP has transformed the justice system in the country and restored the public’s faith in prosecution.

At the Coast, working with Haki Africa, the ODPP has had public sessions in all counties where they listened to communities’ grievances and offered opportunities for justice in partnership with the police and the Judiciary.

In Lamu and Mombasa, DPP Noordin Haji sat down with victims and listened to their cries. Thereafter, he coordinated with the necessary justice actors to follow up on the cases and ensure they were adequately addressed.

This has boosted the faith of communities in not only the ODPP but also the entire justice system, including the police. The 2010 Constitution delinked prosecution from the Attorney General’s office and this has obviously worked by giving further independence to the ODPP to make their own decisions, thus bolstering justice.

The fact that prosecution is no longer done by police means they have to work harder to gather the necessary evidence.

This means there are fewer arbitrary arrests and malicious prosecution, all directly contributing to the restoration of faith in the justice system.

In late July this year, the ODPP launched the new Decision to Charge Guidelines, which set the bare minimum threshold each case must meet before proceeding to court.

These guidelines are an important tool in streamlining the efficiency of prosecution services in Kenya, while also creating clarity on how ODPP collaborates with all investigative agencies, including the police and the Directorate of Criminal Investigations.

Attacks targeting institutions such as the ODPP and the ongoing turf wars and impasse between ODPP and DCI are fodder to radicals and extremist groups.

The guidelines raise the bar to international standards and it is by maintaining these standards that  Kenya have a system that works for the common good of the people in full respect for the rule of law.

For justice to be done and further for the people to feel that justice has been done, separation of powers in prosecution is mandatory.

The police, which includes the DCI, cannot be the accuser and charge at the same time. The right organ to retain the powers to charge is and shall remain to be the ODPP.