They claimed money used to pay goons in Kenol was from the Office of the President. 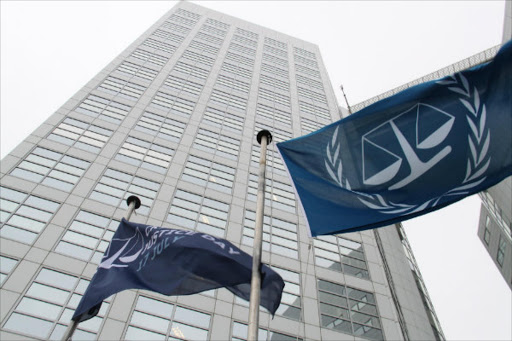 ICC headquarters in the Hague on June 15.
Image: ICC

Deputy President William Ruto’s allies have appealed to International Criminal Court to dispatch investigators to Kenya ahead of the 2022 general elections.

They told the media at Parliament Buildings that the violence witnessed in functions organised by the DP camp is state sponsored.

The legislators in particular accused the Office of the President of using the police and the provincial administration to interfere with their functions and blaming them for the violence.

The Ruto allies said in a statement read by Rigathi: "The peddlers of toxic tribalism and ethical division have deeply invested in mediocre politics of ethnic nationalism and xenophobia.

"A country divided on ethnic lines enables tribal kingpins to coordinate and scramble for resources in the name of inclusivity and to control those resources to the exclusion of majority."

They claimed the money used to mobilise the goons to cause chaos came from the Office of the President.

Ichung'wa accused the state of sponsoring violence only targeted at functions attended by the DP. "Why now? The DP has all along visited these areas and there were (sic) no chaos. Some people in OP are unhappy with the support and unity the hustler movement has across the country."

The Kikuyu MP added: "IG (the Inspector General of Police Hillary Mutyambai) should stop being used. If he wants to be a political consultant, he can resign and go work for ODM. That is why we are calling on international community especially the ICC to keenly monitor Kenya as what we are witnessing is bound to escalate."

Rigathi insisted that the State security agencies were persecuting them while "holding our counterparts in President Uhuru Kenyatta camp with kids gloves".

He described as disheartening the "involvement of police in the AIPCA church where two youth were killed".

He alleged that church leaders and the faithful had been threatened and intimidated by the provincial administration to cancel the event graced by the Deputy President.

Further he accused the police of condoning the ferrying of hired goons in buses "and doing nothing as they wreaked havoc on the local community".

The Ruto allies said there was a consistent pattern of intimidation and told the IG to commit to running a professional police service and "stop taking orders from failed political brokers and merchants of discord".

Secretary general Edwin Sifuna said it was regrettable that Ruto and Mt Kenya MPs at the Kenol church event spoke ill of the Uhuru administration.

“Leaders should be speaking a language that unites people, not a language that makes people hate their leaders,” Sifuna said in reference to what the MPs led Kandara legislator Alice Wahome told faithful.

“You have used the police to fight us. We are sliding back to the dark days faster than I thought,” Wahome stated.

Sifuna asked why the DP said that leaders who wanted to cause problems should bring along their wives and children.

“During the clashes, there were people who were clearly fighting for you. We want you to tell us if they were your wives and children,” he said.

“Give us a break. Uhuru was elected with Ruto. I know these are happy moments for ODM,” he said.

“It seems like there will be no turning back. There are people who have declared they are solidly behind Ruto and there are those who have vowed to remain with the President,” he said.

Mwaura regretted that Mt Kenya region had degenerated from a Jubilee stronghold to a battle zone.

Jubilee deputy secretary general Caleb Kositany said it was unfortunate that an order had been issued for the arrest of Wahome and her Kiharu counterpart Ndindi Nyoro.

“There is a lot of victimisation. This is part of the intimidation that is ongoing as we call for a change in conversation, not a change of the Constitution. We are asking for respect and an end to intimidation,” he added.

Sifuna said Mutyambai should be allowed to do his investigations.