• It has also recalculated the maximum wholesale and retail pump prices that will be effected on Saturday, 3, October.

The Energy and Petroleum Regulatory Authority has raised the price of petrol, diesel, and kerosene.

The regulator said on Friday that the action came about following the move by the Kenya Revenue Authority to adjust upwards the Excise Duty on Super Petrol, Diesel, and Kerosene.

It added that the action has been prompted by the average inflation rate of 4.94 per cent for the financial year 2019/2020. 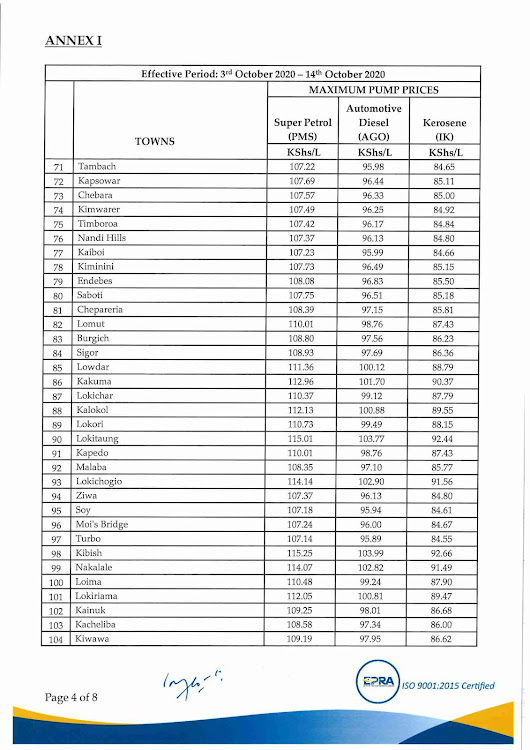 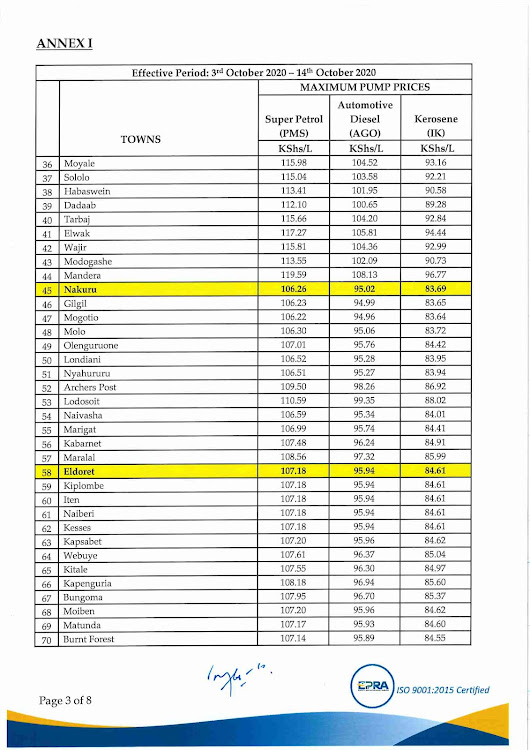 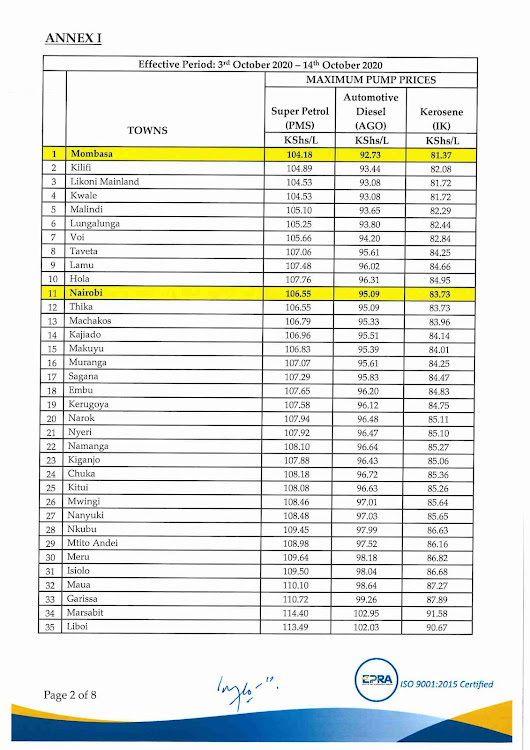 As a result, the pump price for petrol in Nairobi increases by Sh1.12 while diesel and kerosene increase by Sh.0.58 per litre respectively.

The regulator added that it has recalculated the maximum wholesale and retail pump prices that will be effected on Saturday.

It has also recalculated the maximum wholesale prices of petroleum products taking into account the revised Excise Duty rates.

Earlier, EPRA had said that Super petrol has increased by Sh1.48 while diesel and kerosene decreased by Sh0.12 and Sh0.50 per litre respectively in the latest changes by the Energy and Petroleum Regulatory Authority.

The prices are inclusive of eight per cent VAT in line with the provisions of the Finance Act 2018 and the Tax Laws.

The new prices were effected on September 15 and will run to October 14.

The new prices will be effected from September 15 to October 14.
News
1 month ago
STAR COMMUNITY POLICY AND PARTICIPATION GUIDELINES
by KEVIN CHERUIYOT Online Journalist
News
02 October 2020 - 17:28