They were being tracked for the last three months.

• Jinaro said the Somali woman and a male whose country of origin is not known were being tracked by agencies for the last three months. 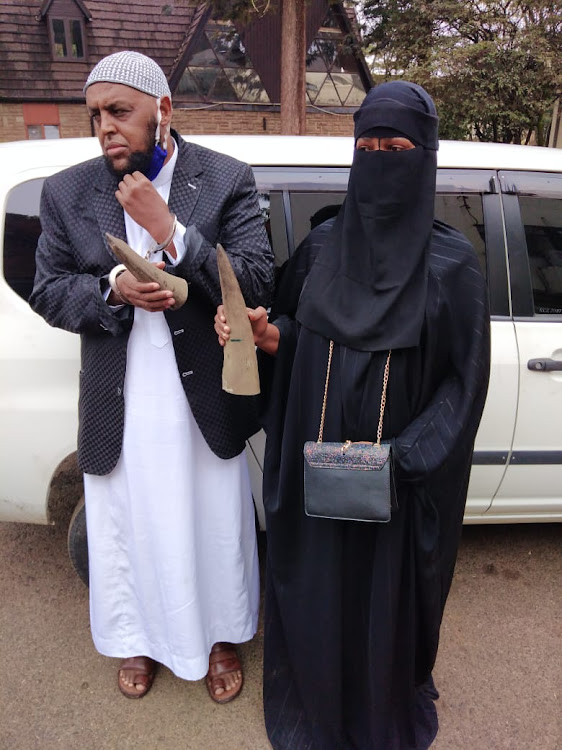 Two suspects were on Saturday morning arrested at Nairobi’s Eastleigh area with two horns of rhinos.

“They were arrested by KWS law enforcement officers,” Jinaro said.

Jinaro said the two - a Somalia woman and a male whose country of origin is not known - were being tracked by agencies for the last three months.

“Papers used for making fake Kenyan currency were also found in their possession,” he said.

By the time of going to the press, they were still being interrogated at KWS headquarters by detectives.

The Wildlife Conservation and Management Act 2013 makes the handling of wildlife trophies an offence.

The law imposes penalties of Sh20 million fine or imprisonment for life or both for offences against endangered species.

The arrest happens four days after Kenya joined the rest of the world in commemorating World Rhino Day.

The day is celebrated on September 22 and focuses on all the five species of rhino: Black, white, greater one-horned, Sumatran and Javan.

The day was initiated to raise global awareness on the status of and threats facing the species.

Tourism CS Najib Balala on Tuesday last week said the population of black rhinos in the country has increased from less than 400 in 1985 to 794 by the end of 2019 as a result of government efforts. 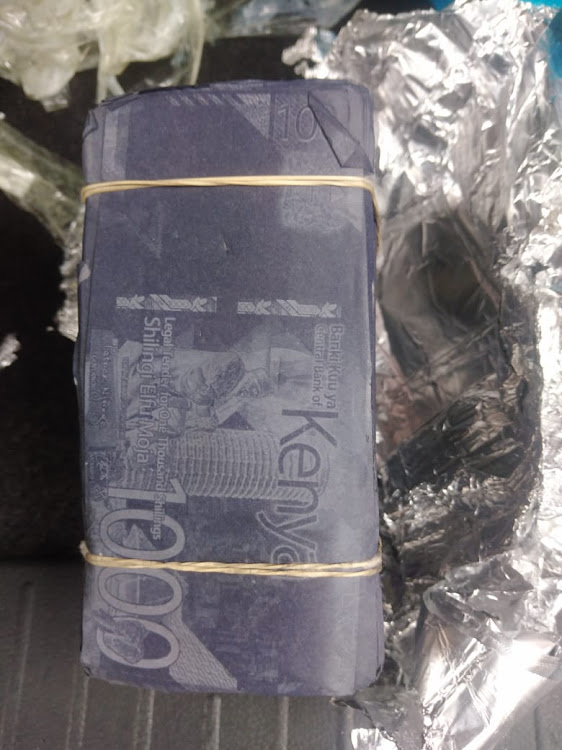 A bundle of fake money found in possession of the suspects. Image:Courtesy.

Last year, 38 elephants were killed by poachers and seven so far this  year.
News
11 months ago

The government has vowed not to rest until trade in wildlife is ended.
News
10 months ago
by GILBERT KOECH News Reporter
News
26 September 2020 - 16:49