Harm reduction strategy aims to minimise the harms of any risk behaviour in all areas.

• Although scientific evidence show that smoke-free products release much lower levels of chemicals compared to combustible cigarettes, many countries recommend to being treated with the same restrictions.

• Tobacco harm reduction is seen as a way to help those who for various reasons are not able to quit smoking. 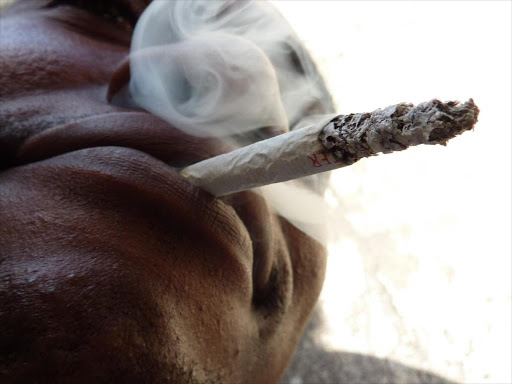 Experts are calling for the prioritisation of tobacco harm reduction as a public health policy tool globally.

Speaking during this year's scientific summit on tobacco harm reduction held virtually, the experts said that despite an increase in smoking among young people, the focus has been on prevention.

Harm reduction strategy aims to minimise the harms of any risk behaviour in all areas with tobacco control seen as a political and scientific discussion.

Although scientific evidence show that smoke-free products release much lower levels of chemicals compared to combustible cigarettes, many countries recommend to being treated with the same restrictions.

The experts also launched the International Association on Smoking Control & Harm Reduction (SCOHRE) to push for policies and drive awareness on the subject.

It will also focus on behavioural aspects to look into what are the needs of those who want to quit smoking, as well as how to effectively help those who are not willing to quit.

"We also need to acknowledge that the debate on tobacco harm reduction is still facing a lot of opposition from some of the key actors, including policy and regulatory bodies," the experts declared at the end of the summit.

They noted that there is need to find a way of establishing a constructive dialogue to discuss concerns and challenges.

Tobacco harm reduction is seen as a way to help those who for various reasons are not able to quit smoking.

"This group of smokers should not be abandoned by tobacco control policies. Where cessation repeatedly fails, switching to less harmful products will have a positive effect for many smokers," the experts said in their declaration.

During the discussion, Charmaine Gauci, Superintendent of Public Health within the Ministry for Health, Malta, focused on the impact of measures on youth.

"We cannot have patronising messages to youth," she said adding that they work with methods especially appealing to youth, such as teams to influence them and with social media.

Regarding smoking cessation, Gauci said that they want to introduce alternative methods for young people, such as e-cigarettes and she emphasised that campaign messages must be carefully made to avoid “fashion and glamour” factors that could draw youth to alternative tobacco products.

Karl Lund, professor in sociology at the Norwegian Institute of Public Health noted that 20 years ago in Sweden, prevalence of smoke was high; now snus is more prevalent, being the preferred smoking habit, even in young adults.

"Snus is also used as smoking cessation aid in Norway and smokers who use it are by far the most successful in quitting compared to those who use NRTs or e-cigs," Lund said.

Lund also touched on the current approaches of WHO and FDA on novel nicotine products regulation.

"WHO adopts a traditional approach based on banning potential harmful products; products which can’t be ruled out that they’ll have damaging effects in the future, and products that have an addictive potential," Lund said.

Among harm reduction advocates, Karl Fagerstrom noted that smoking prevention, smoking cessation, or harm reduction are complementary methods, and that we need all three against tobacco smoking.

He pointed out that according to research, to use nicotine-which is the ingredient tobacco users seek-in a relatively cleaner form, reduces harm.

"Snus is characterised as less harmful by FDA. But we have a large continuum of nicotine products," he added.

He added; "People are not likely to give up drugs, like coffee or nicotine, so we need to find less harmful nicotine products, as we have decaffeinated coffee for instance. These measures are needed to minimise Public Health costs."

Fernando Bueno, MD and military surgeon, and spokesperson of the Spanish Harm Reduction Platform, presented data regarding smoking control policy in Spain and the Platform’s role.

"Spain counts 9 million smokers but only 6,000 e-cigarette users. However, traditional smoking cessation policies do not work anymore, so the Platform is an advocate to THR becoming a smoking control policy," Bueno said.

Bueno noted that there is a need to follow the good examples of UK and New Zealand that set new rules in tobacco control and “help smokers who are our patients”.

"More actions must be taken: to give politicians easy solutions to implement, explain THR to MDs and nurses, offer support to smokers, engage in, and publish more research on the subject," Bueno said.

If someone cannot quit smoking, he should be encouraged to use any tool available to reduce the risk for his health, Michael Toumbis, Pneumonologist and President of the Cyprus Institute of Respiratory Diseases stated.

Public health risk communication, Clive Bates indicated, is key for tobacco control policies and programs, since perceptions of the targeted population can largely affect their results and efficacy.