Ministry admits all health facilities have been without crucial ART drug for seven months.

•Vaccination campaigns throughout the world have been suspended, threatening polio eradication and potentially leading to new outbreaks of preventable diseases.

• Research finds that interruption of ART would increase mother to child transmission of HIV by approximately 1.6 times. 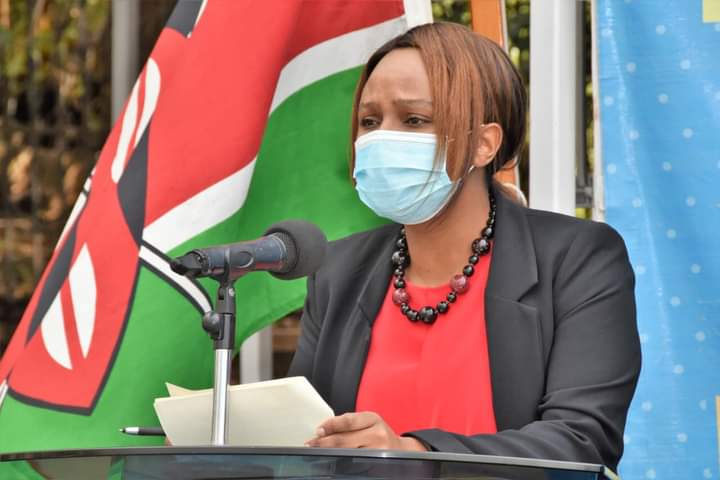 The latest report by WHO has projected an additional 534,000 Aids-related deaths in sub-Saharan Africa as a result of treatment disruption due to Covid-19.

The report, ‘The World in Disorder: Global Preparedness Monitoring Board Annual Report 2020’, says deaths are likely to be witnessed in 12 months stretching into 2021.

On Tuesday, the Health ministry admitted a shortage of Cotrimoxazole (septrin) with reports indicating that all health facilities have been without the drug for seven months.

Earlier, reports had indicated that two other crucial drugs - Zidovudine and Ritonavir - were also out of stock, a problem associated with delays in clearance of imported consignments.

“Right now we have the requisite drugs that are needed for ARV patients. We had a small challenge with Septrin but mechanisms are underway to avail this drug that prevents opportunistic infections in people with low immunity,” Health CAS Mercy Mwangangi said.

”There are teams working on that to ensure that anyone living with HIV/Aids does not miss the required drugs.”

Septrin is a drug used in anti-retroviral therapy but unlike ARVs that disrupt the reproduction of the HIV virus, Septrin is a combination of antibiotics that fights opportunistic infections.

Similarly, the report estimates that 525,000 additional TB deaths will be recorded in 2020 compared to 2018 as a result of the pandemic “...due to TB service disruptions and exclude TB deaths that may happen in people living with HIV because of disruptions of ARV services.”

According to the WHO report, the pandemic is having dire effects on other health outcomes.

For instance, vaccination campaigns throughout the world have been suspended, threatening polio eradication and potentially leading to new outbreaks of preventable diseases, with their own related deaths, illnesses and long-term effects.

“Interrupted access to HIV, TB and malaria care threatens to cause more than a million additional deaths in 2020-21 alone,” the report states.

It added, "The Covid-19 pandemic has had important mental health and psychosocial effects on populations.”

“Some disruptions have been caused by the high number of Covid-19 infections and deaths among health care workers.”

Research findings by the Lancet published in August showed that interruption of ART would increase mother to child transmission of HIV by approximately 1.6 times.

Zidovudine, which was also in stock in the country, prevents transmission of HIV virus from a pregnant woman to the unborn baby and stops mother-to-child transmission once the baby is born.

Ritonavir on the other hand is for the treatment of HIV infection in adults and children older than one month.

The researchers noted that although an interruption in the supply of ART would have the largest impact of any potential disruptions, effects of poorer clinical care due to overstretched health facilities, interruptions of supply of other drugs such as cotrimozamole, and suspension of HIV testing would all have substantial effect on population-level mortality over a year.

The study, however, noted that social distancing would lead to a reduction in risky sexual behaviour.

“Interruption in condom supplies and peer education would make the population more susceptible to increases in HIV incidences,” it states.

Through the division of NASCOP and other stakeholders, the ministry has made tremendous strides in prevention, diagnosis and treatment of HIV and STIs.

Out of an estimated 1.5 million people living with HIV, 95 per cent have been put on ARV treatment. According to the Kenya Health Information System data on clients on ARV treatment, there were 1,165,636 clients on treatment, comprising 1,095,220 adults and 70,416 children by end of March.

This has been attributed to high coverage of HIV services for mothers and their children.

From the models, more sporadic interruptions of ART supply would lead to sporadic adherence to treatment, leading to the spread of HIV drug resistance, with long-term consequences for future treatment success in the region.

Post a comment
WATCH: The latest videos from the Star
by MAGDALINE SAYA REPORTER
News
24 September 2020 - 06:25
Read The E-Paper