Clerics say bill is wrong to redefine when life starts, goes against national and religious values 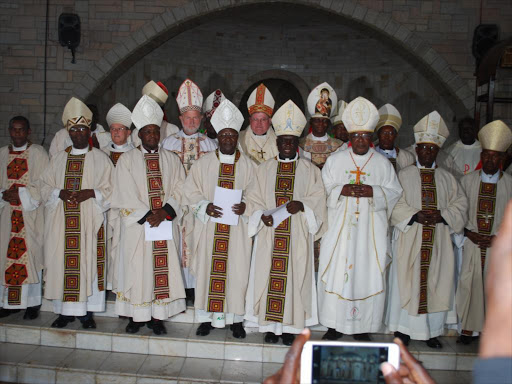 Catholic bishops during a press conference at Christ the King Cathedral, Nakuru, File

The Kenya Conference of Catholic Bishops (KCCB) argued that the bill is inconsistent with the Constitution as it undermines the right to life, freedom and security and right to human dignity.

KCCB director Fr Ferdinand Lugonzo said the bill tries to disqualify the constitutional, moral and scientific position that life begins at conception and ends at death.

“It calls for abortion on demand and other forms of abortion including to minors,” Lugonzo told the Senate Committee on Health.

The cleric said the bill is not necessary as it replicates some parts in the already enacted Health Act, 2017.

On September 4, Catholic doctors also called for the withdrawal of the bill saying it is inconsistent with the Constitution and the national and Christian values.

The Kenya Catholic Doctors Association said the bill is a slight variation of an earlier proposed law first introduced by Senator Judith Sijeny as a private member's bill, then referred to as the Reproductive Healthcare Bill, 2014.

KCDA said the new bill still makes provision for children aged below 18 to access contraceptives and abortion services, with the only ‘radical’ change being Article 33(a) that requires parental consent.

“We submit that the bill has no place in the Republic of Kenya and should be expunged from the Senate bills,” the association said.

“In the process of assisted reproduction, thousands of fertilised eggs (embryos) are discarded before implantation; this is actually abortion and the denial of a right to life and human dignity,” Lugonzo said.

He said the bill heavily uses euphemisms and vagueness in support of contraception.

KCCB legal adviser Edwin Wabuge said abortion should not be allowed at any time as the struggle should be to save both the mother and the child.

“The value of human life, at whatever stage, should be respected and valued,” he said.

Nominated Senator Beth Mugo asked what would happen when doctors are unable to save both.

“If you approach it in a way to save life, it would not be deliberately killing a baby,” Wabuge answered.

The bill sponsored by Nakuru Senator Susan Kihika has also been opposed by Muslim and other Christian leaders. However, two government agencies have supported it.

The Kenya National Commission on Human Rights (KNCHR) and the National Council for Population and Development (NCPD) welcomed the bill, saying it seeks to enhance the realisation of reproductive health rights for all.

The KNCHR said it is in line with the Constitution, which provides that every person has the right to the highest attainable standard of health.

Kihika has dismissed the church’s interpretation of her bill to mean that it encourages abortion and impresses upon teenagers that sex is for pleasure.