Say they get hurt as a result of other motorists' recklessness

• Cyclist was hit after matatu driver suddenly swerved onto the outer lane on which he was cycling with friends.

• Riders want National Assembly to intervene with legislation to safeguard them. 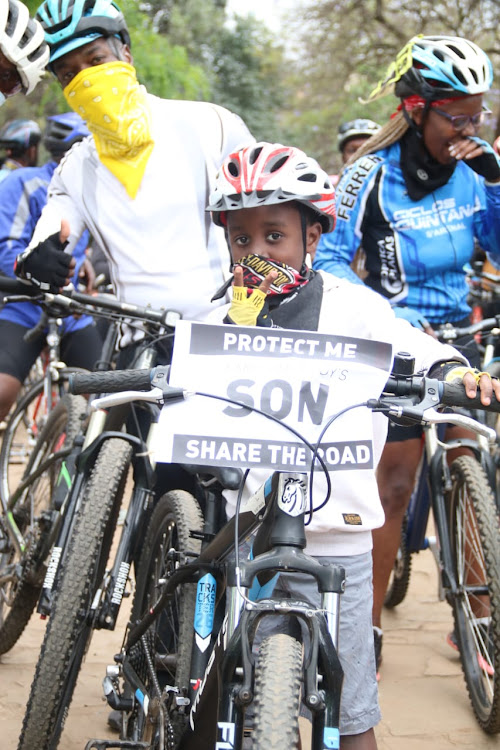 READY TO RIDE: A junior cyclist before the start of a protest against discrimination of cyclists by motorists at Jevanjee Gardens, Nairobi, on September 19.
Image: WILFRED NYANGARESI

Hundred of cyclists in Nairobi cycled from Nairobi CBD to Ruiru bypass on Saturday morning protesting discrimination by various motorists.

Their protest was prompted by the death of Caleb Omwoyo, a cyclist who reportedly killed by a matatu along Thika Road on Wednesday.

“Cyclists’ lives matter; we should always remember that that cyclist on the road is also a mother, father and son to somebody. There have been so many cases of cyclists getting injuries or dying as a result of motorists’ carelessness,” Victor Wambua said.

Under the umbrella ‘Critical Mass’ for cyclists, they also decried the authorities’ indifference to their complaints.

“Last year, one of us was knocked down by a motorist. The motorist was identified and taken to the police but the vehicle was later released and the case has just died,” Carol Mutura said. She cycles under Dada Rides Cycling Club.

“I was on my way to town cycling behind a vehicle. The vehicle slowed down and as I tried to pass him he suddenly accelerated and then pushed me into a ditch. He dismissed me saying that I should be investing in a car instead of a bicycle,” the delivery staffer said. 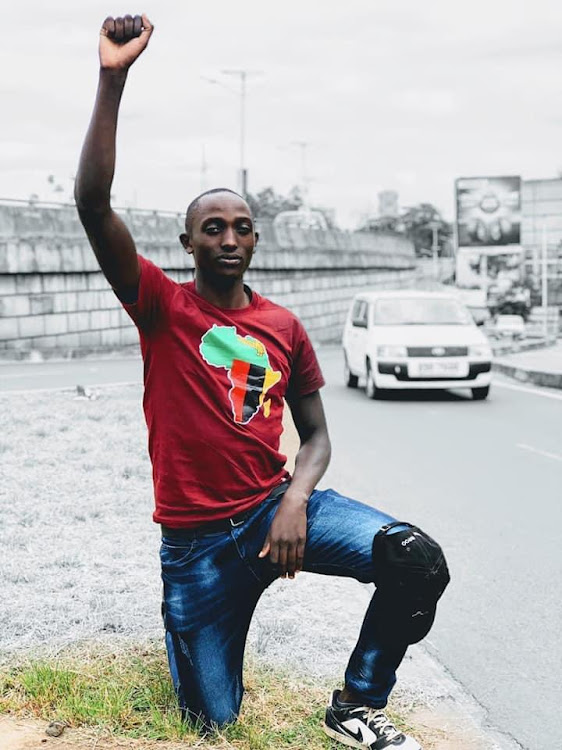 RIDERS DEMAND OWN LANES: Caleb Omwoyo, who was hit by a matatu as he cycled home on Thika Road.
Image: COURTESY

Caleb, who was heading home before his demise, crashed into a matatu near Garden City Mall after the driver suddenly swerved onto the outer lane on which he was cycling with friends.

“He was due to participate in a race slated for next Sunday. So he was also practicing even as he was going back home,” Wambua said.

Caleb, who was cycling at a high speed, could not brake his bike on time.

His friends – who are currently organising his burial for next Thursday – plan to cycle to his home county in Kisii.

They riders also petition the National Assembly to formulate legislative measures to safeguard cyclists against rogue motorists and ensure that they have designated lanes. 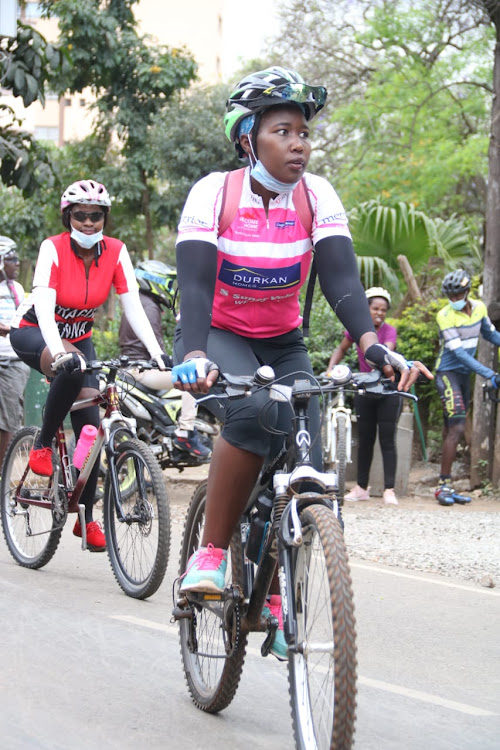 A section of the cyclists who rode from Jevanjee Gardens, Nairobi to Ruiru Bypass on September 19, 2020
Image: WILFRED NYANGARESI
by OMONDI ONYATTA
News
19 September 2020 - 12:23