Two of the firms also supplied Covid-19 items to Kemsa

• Committee says the leased equipment deal was conceived like a "criminal enterprise". 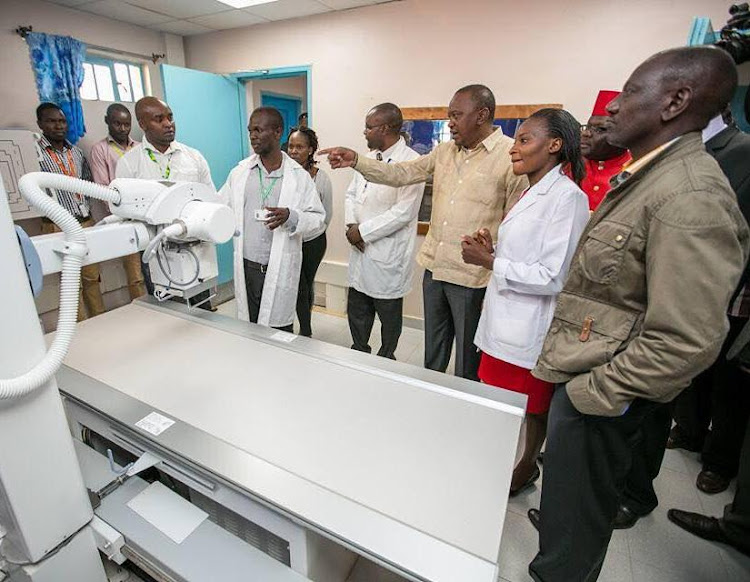 Details have emerged on how local firms took over the controversial Sh63 billion medical kits tender that was only meant for original equipment manufacturers.

Some of these firms, investigations by the Star indicate, are dominant suppliers in the Ministry of Health and are among beneficiaries of lucrative Covid-19 related supplies at Kemsa that have triggered national outrage.

A director of one of the firms, at that time trading under a different company, was charged with fraud in 2006 by the EACC in health-related procurement but the case was thrown out for lack of evidence.

A damming report by the Senate has exposed how three local firms took over the medical kits tender that senators say was “conceived like a criminal enterprise”.

The tender for the supply of theatre and central sterilising services equipment known as Lot 2 was awarded to an India-based firm, Esteem Industries Inc, at Sh8.9 billion.

Under the contract, 94 hospitals, two hospitals from each of the 47 counties, were selected to benefit.

However, the contract was later varied to include an additional 24 hospitals spread across the country. As a result, the total cost jumped to Sh10.4 billion.

The Indian firm also issued the director of Debra Ltd, Dr Shadrack Mwiti, with an irrevocable power of attorney.

This means it could not reverse the authority for Mwiti to act on their behalf in regards to the contract.

Enquiries by the Senate committee also established the Indian firm, through its two directors, opened an account at Equity Bank and appointed Mwiti to be a signatory.

It was into this account where billions in payment from the Ministry of Health was being channeled.

By the time of the Senate enquiry, the contractor had already been paid more than Sh5.6 billion from county coffers.

The Senate committee said the relationship between Esteem and Debra is suspicious and could have been orchestrated by persons other than the contractor.

“Due to the fact that Dr Mwiti, the CEO/Director Debra, has been operating the account into which payment has been made and the fact that the contractor issues Dr Mwiti with an irrevocable power of attorney in relation to Lot 2 equipment, Dr Mwiti has in fact replaced Esteem Industries Inc (India) as the contractor for Lot 2 equipment," the committee said in its report.

The committee concludes the contractor and Mwiti colluded to circumvent the public procurement process by assigning the rights and obligations under the contract to a party who would otherwise not have won the contract.

The committee has asked the EACC to swing into action.

EACC said after investigations it concluded that Dol International owned by Mwiti had manipulated the tendering process and connived with Health ministry officials to secure the contract.

Dol International was awarded a tender to supply the government with X-ray machines, X-ray film envelopes and sutures at a cost of Sh180 million.

The case was thrown out by the Anti-Corruption court for lack of evidence.

In fact, the High Court awarded Mwiti Sh712 million for alleged breach of contract which was, however, reversed by the Court of Appeal.

The new Senate report also says some of the equipment received under Lot 2 was of lower quality than others.

For instance, some equipment received in Garbatulla Hospital was rusting while still in their boxes, an indication the equipment might be substandard. 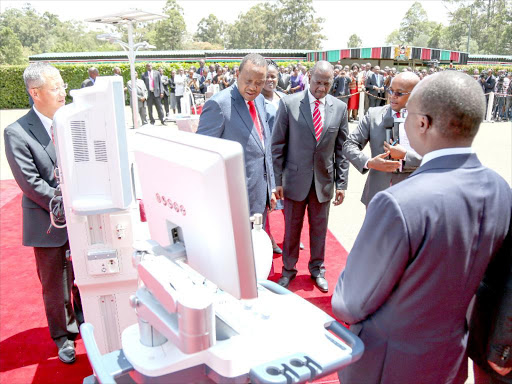 It also says prices of equipment supplied under Lot 2 were grossly exaggerated.

For example, according to MoH records, a stitching removal set that typically comprises a suture tray, a pair of scissors and a pair of tongs was supplied to counties for Sh398,849.

That is more than 80 times the average cost of similar equipment in the market at Sh5,000 per set.

The tender to supply renal equipment under Lot 5 was awarded to Italian firm Bellco SRL at an initial cost of Sh2.3 billion.

The contract was later varied and jumped to Sh2.9 billion.

However, the committee notes that at the time of bidding, it was a Kenyan firm, Angelica Medical Supplies that submitted tender documents on behalf of Bellco.

Bellco was to later subcontract Angelica and gave one of its directors the power of attorney.

“The tender committee and the MoH erred when they allowed the director to submit a bid and participate in a procurement process that was reserved for original equipment manufacturers,” the report states.

The Senate committee also said payments made under the contract were made to a Cooperative Bank account — Parliament Road — to which the director was the authorised signatory.

The committee therefore concluded that the director has, for all intents and purposes, replaced Bellco in the execution of the contact and is now acting as the contractor.

“That Bellco remains a stranger to the contract and that the partnership between Bellco and Angelica was orchestrated solely with the aim to circumvent the procurement process and deprive the procuring entity of the benefits of free and open competition,” the report reads.

The committee said the EACC should investigate the circumstances surrounding the implementation of the contract.

Firm associated with Ngatia, was subcontracted by Chinese firm in Sh5bn deal.
News
2 weeks ago

Chinese contractor the Ministry of Health would have paid less were to purchase directly
News
10 months ago
STAR COMMUNITY POLICY AND PARTICIPATION GUIDELINES
by STAR TEAM
News
15 September 2020 - 05:00