Decision on reopening of schools next week

• The review could see colleges, universities and candidates for KCSE and KCPE exams allowed to resume phased learning from next month.

• In July, the Education ministry announced that schools will not reopen until next year, with KCPE and KCSE exams that take place in November cancelled. 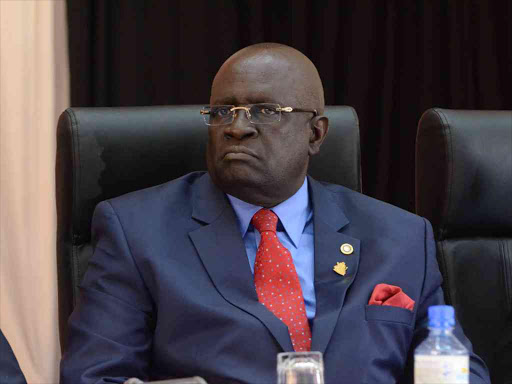 The government will next week announce whether it will reopen schools before January or not, Education CS George Magoha said Monday.

Magoha made the announcement after holding a meeting with stakeholders at the Kenya Institute of Curriculum Development.

The Cabinet Secretary did not disclose the details of the meeting's resolutions, but he reaffirmed the earlier decision to reopen in January is not cast in stone and could change if the number of Covid-19 infections drops.

For any adjustment in the school calendar, Magoha said professional advice and assessment by health experts would be followed.

The review could see colleges, universities and candidates for KCSE and KCPE exams allowed to resume phased learning from next month.

"The President in his last address said that within three weeks there will be a larger stakeholder conference headed by CSs Fred Matiang'i and Mutahi Kagwe which will be held before the 25th of this month," Magoha said.

In July, the Education ministry announced that schools will not reopen until next year. KCPE and KCSE exams that take place in November of each year were cancelled with learners expected in the same class upon reopening.

However, a drop in the number of daily Covid-19 infections has seen stakeholders make an about-turn and seek new exam and reopening dates.

“We have decided to reactivate the smaller stakeholder groups between now and Saturday to work on the finer details of the proposals that shall be interrogated by this larger stakeholders group and even at that time if I succeed in getting backroom approval then I will tell you what we have decided,” Magoha said

President Uhuru Kenyatta is expected to issue new guidelines by the end of this month as part of reopening the economy that has slowed down since March when the first Covid-19 case was recorded.

The Kenya Private Schools Association also wants the KCPE and KCSE exams to be conducted by December.

Proponents of early opening say students will not need to cover the entire syllabus. They say an exam can be customised to cover up to Form 3 work.

Mutheu Kasanga, the Kenya Private Schools Association chairman says the government should provide exams for the period the students have covered.

Although most headteachers support reopening in October, they disagree on early exams and argue that exams at the earliest can be administered at the end of February.

But the Kenya National Union of Teachers faults both reopening before January and early examinations as premature.

Knut secretary general Wilson Sossion says institutions are not ready to reopen, even to accommodate just the candidates.

Magoha said the money to be paid to Board of Management (BoM) teachers and on-teaching staff in public schools has been disbursed although he admitted it was facing delays.

“B0M teachers should actually now have been paid - the bona fide ones and I have said that many times. The Cabinet and the government approved their payments over six weeks ago and that position has not changed,” Magoha said.

The teachers have not been paid since March and the expected stimulus package of Sh10,000 per month will help them cope with the hard pandemic times.

The government will be spending Sh3,800 per desk and will use Sh1 billion for the furniture in secondary and Sh900 million for primary schools respectively.

Post a comment
WATCH: The latest videos from the Star
by LEWIS NYAUNDI Education Reporter
News
14 September 2020 - 22:00
Read The E-Paper