He was rushed to Maua Methodist Hospital, where he was treated and discharged.

•Agriculture CS Peter Munya, who graced the occasion as chief guest, had left the venue when fracas ensued. 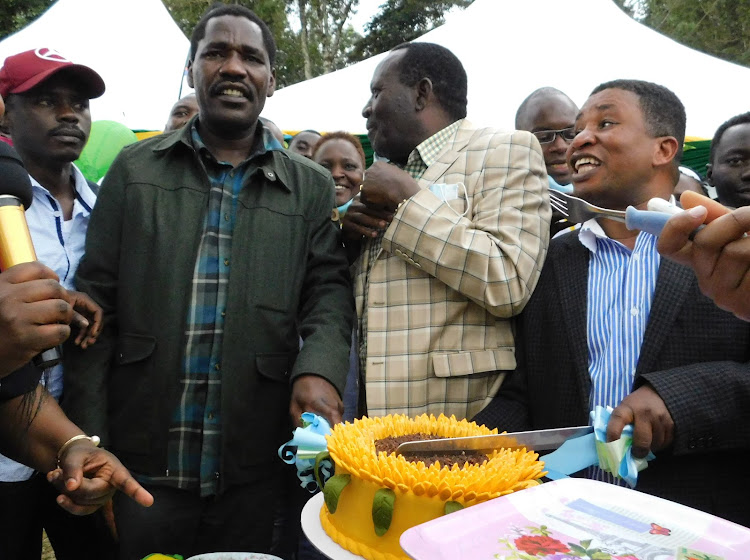 The MP was hit on the head with stones by rowdy youths at Kanuni ACC grounds in Igembe South sub county, Meru, and was rushed to Maua Methodist Hospital, where he was treated and discharged.

Agriculture CS Peter Munya, who graced the occasion as chief guest, had left the venue when fracas ensued.

Bidco Africa in partnership with Pacja and Kenya Seed had invited CS Munya to grace the handing over of sunflower seeds worth more than Sh200, 000, donated by Kenya Seed Company to improve food security.

Police were forced to shoot in the air severally to disperse the youths from attacking the MP, who was whisked to his car towards Maua police station.

Speaking to journalists at his home on Saturday, Mwirigi - Kenya's youngest MP - said youths should stop being recruited by politicians to be hooligans or goons for hire.

He blamed his opponent in the last elections, Mithika Mzalendo, for the attack but Mithika distanced himself from the fracas.

“I had personally invited the area MP John Paul, however he arrived with rowdy youths who almost disrupted the event. Even in the process of speeches it was obvious that the group’s intentions were sinister,” Mithika said.

Mwirigi said the meeting was turned into party alignment politics.

"Though Mithika was my competitor last general elections, there should be no differences but push for developments to transform lives,” Mwirigi said.