Kiunjuri: Mt Kenya must unite or lose out on 2022 stakes

Former CS says he will vote for DP Ruto but his party must be on the table for Mt Kenya.

• Kiunjuri says he is ready to use his party, TSP, to lead the Mt Kenya region to the negotiating table.

• Kiunjuri said that it was not wrong for people to start political campaigns even if the region can wait for Uhuru to give direction. 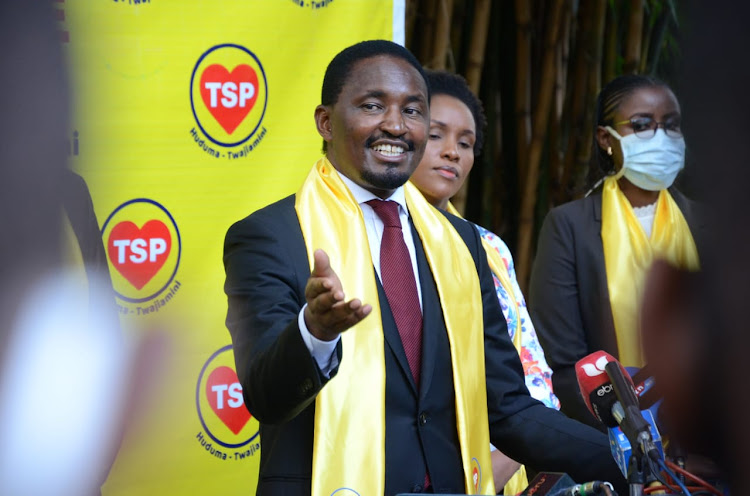 On Sunday night while on Kikuyu station, Inooro TV, Kiunjuri said that Mt Kenya was bound to lose out if it did not unity and raise its stakes ahead of 2022.

"You cannot go to a council of elders gathered around a fire without your own firewood. Who will sit on our behalf when people get to the negotiating table?" Kiunjuri posed.

He added that this was the reason that he formed The Service Party (TSP) as a vehicle that can go and negotiate for the region.

"A good driver is known when it is muddy and our politics today has become muddy. This is a reason why we started The Service Party of Kenya. We must ensure that whoever is president, our voice is there," Kiunjuri said.

The former CS exited Cabinet in January in what was seen as a move by Uhuru to tame his deputy William Ruto.

Kiunjuri is a close ally of Ruto and is seen to be among the frontrunners if the DP decided to pick a running-mate from the Mt Kenya region.

But Kiunjuri said that this was not the most important thing at the moment and should not pre-occupy the region.

Kiunjuri gave the example of the revenue formula where he said the Mt Kenya region has been poorly represented.

"If Ruto leaves Jubilee Party, like it seems, and forms his own party, TSP will go and negotiate with him because he is the one we are supporting. But whoever the candidates are, I will vote for Ruto and that is a stand I cannot change," KIunjuri said.

Kiunjuri said that it was not wrong for people to start political campaigns even if the region can wait for Uhuru to give direction.

He noted that Ruto, ODM leader Raila Odinga and ANC leader Musalia Mudavadi were already on the campaign trail and there is no reason why Mt Kenya should be left behind.

The TSP  leader said that people must look back at 2011 when the late Environment Minister John Michuki declared that Uhuru would be the region's leader.

"Even before that declaration, Uhuru had already started campaigning and we started with The Hague issue. We, therefore, kicked off campaigns for 2013, about three years before," Kiunjuri said.

He added; "People are already campaigning for 2022 and we as Mt Kenya are just silent. A clever farmer starts tilling his land knowing that the rain will come at a certain time and they must be ready to plant."

Kiunjuri also said that there was no bad blood between him and the President and he had worked diligently as a Cabinet Secretary.

"Ruto is our in-law and he came to our aid when we were in trouble. We must always pay good with good and me being friends with him cannot be seen as doing the wrong thing. And just because I am friends with Ruto does not mean I am an enemy to Uhuru," Kiunjuri said.

Mt Kenya has been divided with what could be seen as the main political party in the region - Jubilee - almost in the middle.

Another challenge for the region is that it has held the presidency since 2002 with the next election marking 10 years.

The dilemma in the region also comes in the form of an incumbent president who appears to have lost too much ground with his preferred political vehicle - the Jubilee Party - in shambles.

On the other hand, there is a group from the region that has sided with Ruto - the man Uhuru had promised to support but lack a clear political vehicle to board.

According to Kiunjuri, the region must be careful not to lose out and this is why he has been crisscrossing the country to establish offices.

"We have now opened offices in 27 counties and we are always going around the country from Thursday to Sunday to ensure that we have a strong vehicle that can be called to the table when the time comes," Kiunjuri said.

The TSP leader said that Mt Kenya must demand its share from whoever forms government whether the region is in or in the opposition.

"The question that we should be tackling as a region is not about being deputy president or president but who will take us to the table," Kiunjuri said.