BBI should not be reduced to political duel, says Kalonzo

• Leader says party will traverse the entire country to popularise the initiative and engage robustly with Kenyans.

• He criticises politics of bitterness which he says is raising political heat, adding that the BBI framework is direly needed to straighten out the merchants of violence. 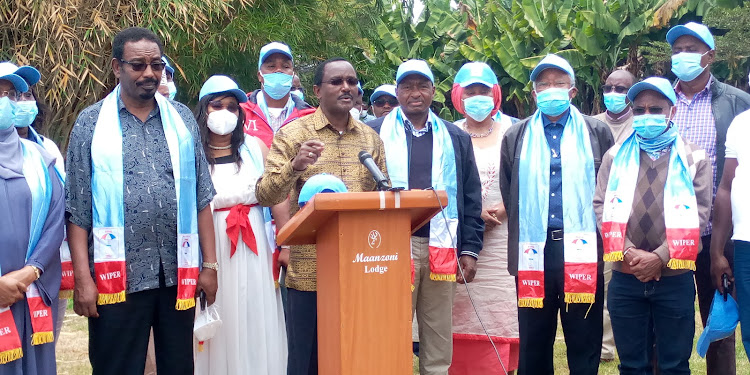 The Wiper National Executive Council has warned that the Building Bridges Initiative is a national conversation and that they will not allow it to be reduced to a political duel.

Led by party leader Kalonzo Musyoka, the council said the BBI agenda is meant to give Kenyans an opportunity to reflect on how far the nation has come since the promulgation of the Constitution in 2010.

"BBI provides us with the chance to strengthen devolution and consolidate gains made under the new dispensation and also provides a unique opportunity to address fears and concerns of millions of Kenyans who feel excluded in our governance structure," Kalonzo said.

The council was Speaking in Maanzoni in Athi River, Machakos, on Sunday when they held a retreat to review the party's progress and repositioning ahead of 2022. 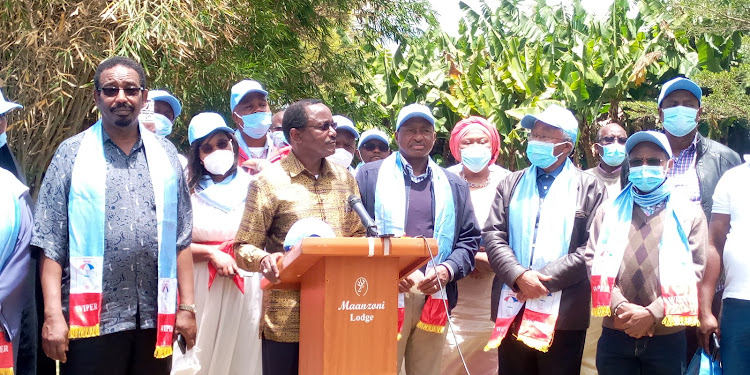 The former vice president said the party believes in an all-inclusive country where no one feels left behind.

"Through the BBI framework, we need to have sobriety in debating issues raised by Kenyans," he said.

Kalonzo criticised politics of bitterness which he said is raising political heat, adding that the BBI framework is direly needed to straighten out the merchants of violence.

He said the party is appalled by recent political utterances by some leaders that "are likely to plunge this country into anarchy".  Such leaders, he said, cannot be trusted with the leadership of the country.

"Merchants of violence will have no space in post-BBI Kenya. We are fully in support of the President's vision to leave behind a peaceful and united nation where no one lives under threats and fear," he added.

Kalonzo declared the party's support for the initiative, saying it will traverse the entire country to popularise the initiative as well as engage robustly with Kenyans.

He, however, said that even though the party supports BBI, the country is not ready for regional governments.

" In our view, what is critical for us is to strengthen devolution and make it work for the common wananchi by creating Ward Development Fund because we need to take these benefits to the wananchi." 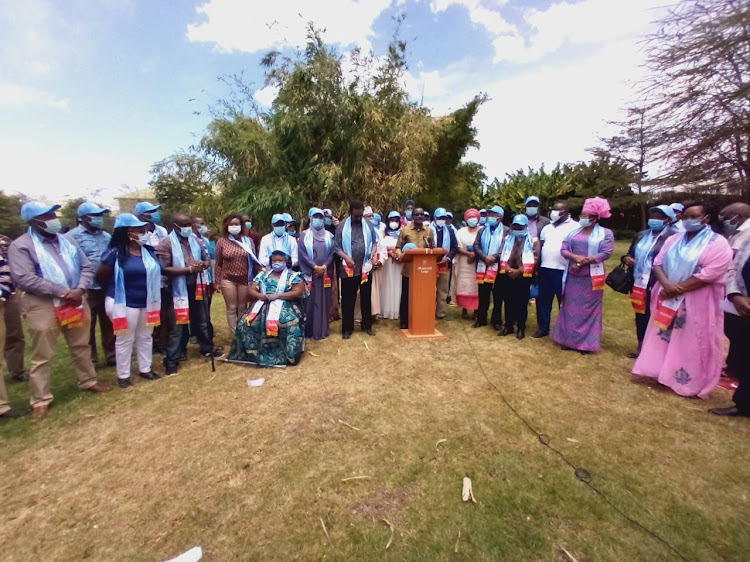 "We are concerned just like the other Kenyans at the slow pace of determining corruption cases. To uphold integrity , we feel its necessary that those found culpable in such cases should have their bank accounts frozen until their cases are concluded. This will make corruption a high-risk and a zero-return venture."

Kalonzo was accompanied by his deputy [former National Assembly deputy speaker] Farah Maalim among other wiper elected leaders across the country.