AT CENTRE OF SCAM

Megascope, a firm associated with KNCCI president and Uhuru ally, was subcontracted by a Chinese firm in Sh5.4bn deal. 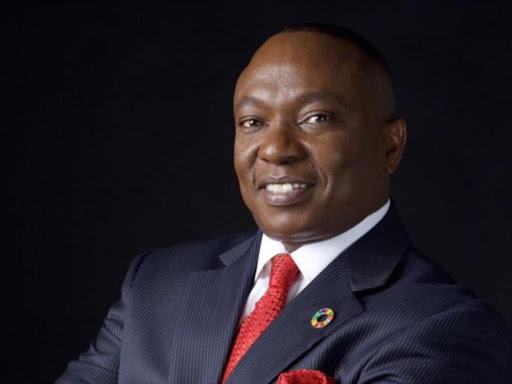 A firm that got over Sh1 billion contracts for Covid-19 medical supplies is at the centre of the Sh63 billion medical kits scandal that senators say was conceived like a criminal enterprise.

A damming report by the Senate says Megascope Healthcare Ltd — a firm associated with Richard Ngatia — was part of the rip-off and should be investigated by the Ethics and Anti- Corruption Commission.

Ngatia who is the CEO of Megascope is the president of the Kenya National Chamber of Commerce and Industry.

He was among the backers and financiers of President Uhuru Kenyatta’s re-election in 2017.

According to the report, the contract for the supply of theatre equipment under Lot 1 of the project was awarded to Shenzen Mindray Biomedical Electronic Co., a company registered in China at Sh5.4 billion

However, Shenzen Mindray subcontracted Megascope in controversial circumstances that the Senate committee note was a tactic “used to circumvent the procurement process”.

“The committee finds that the contract and the subcontractor’s deed of warranty were used to circumvent the procurement process by awarding the subject matter of the contract to Megascope, a party that would otherwise not have qualified to be awarded the contract as per the term of the tender that required bidders to be original equipment manufacturers,” the report notes. 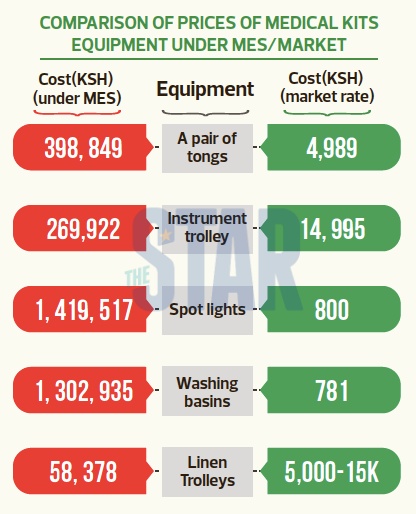 It says the deal officially made Megascope the legal owner of the equipment, putting the government at risk as the new contract made it clear that a claim could only be made against the subcontractor.

“Due to the foregoing the subcontractor, Megascope, through the transfer of ownership of the equipment, ended up becoming the principal in a contract that it would otherwise not have been qualified to win,” the report states.

It goes on: “The Ministry of Health was negligent when it signed an amendment and restatement deed that limited its rights under the contract.”

Megascope is among firms that recently landed lucrative jobs at Kemsa with documents tabled in Parliament showing the firm was awarded contracts worth over Sh1 billion.

The Kemsa scandal has triggered national outrage that has seen EACC summon top dogs close to power as it seeks to uncover the rot.

Megascope was, for instance, awarded a Sh765 million contract by Kemsa for the supply of personal protective equipment.

It also got a tender for the supply of SV300 ventilators at Sh165 million and a Sh35 million deal to supply KN95 mask at Sh700 each.

In the new report, the Senate ad hoc committee said project was conceived like a criminal enterprise shrouded in opaque procurement processes and aimed at selfish commercial interests.

The committee established that the change of ownership of equipment from the contractor, Shenzhen Mindray, to the subcontractor, Megascope, indicates that the actual person who supplied the equipment was not the original equipment manufacturer.

“The committee therefore recommends that the EACC investigates the circumstances surrounding the implementation of the contract relating to Lot 1 and in particular the change of ownership of equipment from the contractor, Shenzhen Mindray, to the subcontractor, Megascope, and the cost of the equipment supplied under Lot 1,” the report states.

The committee says the change of ownership had implications on the pricing of the equipment which it concludes was grossly exaggerated.

For instance, the committee observed that the average cost of linen trolleys in the market ranges from Sh5,000 -15,000 depending on quality.

However, under the MES Project, the cost levied against health facilities for the supply and installation of two linen trolleys was Sh613,272.

Further, the committee established that a number of the equipment supplied under Lot 1 was not functioning, thus clearly indicating there was no value for money.

According to the initial contract signed on February 2015, two years to the 2017 polls, the the supply, delivery, installation, commissioning, maintenance and repair of the Lot 1 theatre equipment was for Sh4.6 billion.

Under the contract, a total of 96 hospitals — two from each of the 47 counties and two national referral hospitals - were to benefit from theatre equipment that included anaesthetic machines with ventilators.

However, in October 2017 as the country was locked in the battle for the repeat polls, Health ministry officials initiated a variation of the contract and expanded the project to include 17 additional hospitals spread across the country.

The variation saw the price jump to Sh5.4 billion.

The committee also noted contradictory information with regards to the quantities of equipment supplied and delivered to the various hospitals.

However, records obtained from the contractor indicated that the facility had received only one of each of the aforementioned equipment.

“ The committee therefore observes that there is a likelihood that the MoH may have overpaid the contractor for equipment supplied under this Lot contrary to Article 201 of the Constitution which obligates public entities to ensure prudent use of public resources,” the committee noted.

Quick inspection of imports and reduction of tariffs are his key commitments.
Business
2 years ago