For the first time, Kitui leads in the daily positivity rate, recording 54 cases.

• Aman confirmed that all were Kenyans except two who were foreigners. 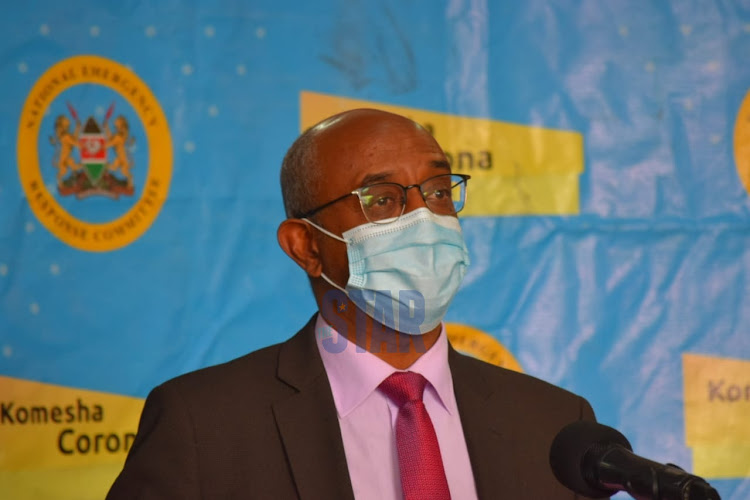 Aman confirmed that all were Kenyans except two who were foreigners.

In terms of gender, for the first time, the number of female lead with 77 while males 74.

Speaking during the daily Covid-19 briefing from Afya House, Aman said age wise, the youngest was a three-year-old infant while the oldest was 74 years old.

For the first time, Kitui lead in the daily positivity rate, recording 54 cases in the last 24 hours.

Another 173 patients have recovered from the disease, bringing  the total number of recoveries in the country so far to 21,483.

A total of 107 of those discharged were from the home-based programme, while 66 were discharged from various health facilities.

The number of fatalities remains 599 as there were no Covid-19 related deaths in the last 24 hours.

The CAS revealed that 19,801 cases, which is approximately 56 per cent of the total case load in the country are from Nairobi.

On aggregate, the cases in Nairobi, Kiambu and Mombasa attributes to 70 per cent of the national confirmed cases.

"This also accounts to 80 per cent of the cumulative texts done so far," Aman said.

"Therefore, the national decline tendency observed is largely contributed by these counties."

According to Aman, individual county studies have indicated that more counties are showing trends in rising numbers despite the overall curve showing a downward trend. Such counties include Machakos, Meru, Kajiado, Kitui, Busia and Nyeri.

"While optimistic, we urge caution as we interpret the apparent decline in positivity rate. We plead with our people not to lower their guard," he said.