Quit tobacco use! Smoking puts you at risk of contracting virus - Aman

"We urge those who use tobacco in any form to place their health first ."

•Kenya enacted the Tobacco Control Act to discourage the use of tobacco use. 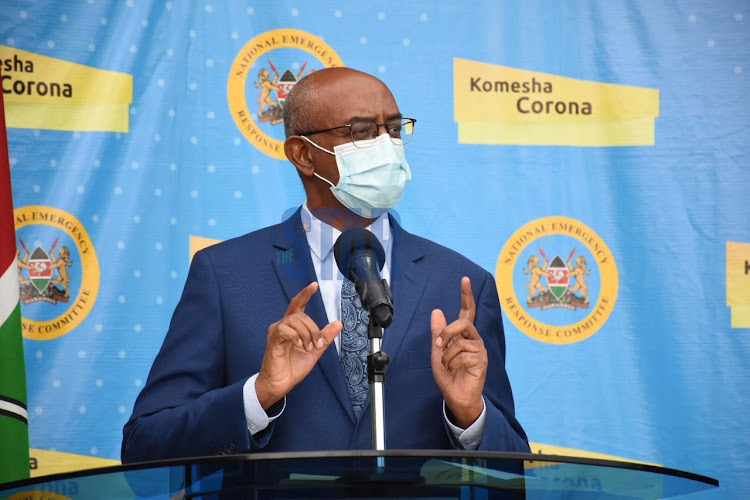 Aman said those with underlying medical conditions are predisposed to severe illness.

"Covid-19 is a severe acute respiratory disease. Those with compromised respiratory systems are at a risk. Smokers are among them," he said.

"... users of tobacco do not appreciate the health dangers. Smokeless tobacco used by chewing or sniffing equally increases the risk of severe disease."

"They could risk lung and heart disease. They have been promoted ...they expose users to toxic cancer emissions," he said.

Aman said there are no safe tobacco products.

"Tobacco is harmful.We urge those who use tobacco in any form to place their health first and quit the habit," he said.

Kenya enacted the Tobacco Control Act to discourage the use of tobacco.

All were Kenyans except for one who was a foreigner.

Age wise, the youngest was a one -year-old infant while the oldest was 85 years old.

Another 318 patients have recovered from the disease, bringing  the total number of recoveries in the country so far to 20,211.

A total of 263 of those discharged were from the home-based programme, while 55 were discharged from various health facilities.