"The excuse was he couldn't control himself. I thought because he was my boyfriend, it really didn't matter."

• According to Planned Parenthood, sexual activity without consent is rape or sexual assault. However, the Kenyan law fails to prohibit rape within marriage. 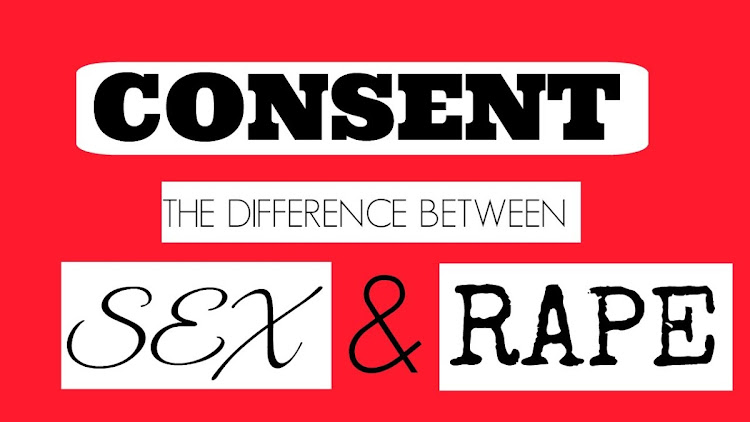 NO MEANS NO: Consent is described as actively agreeing to be sexual with someone and letting them know that sex is wanted
Image: COURTESY

This is the first time 24-year-old Cherry* (not her real name) is talking about what happened to her two years ago.

The thought of reporting her case to the police was not an option she considered, she did not even realise she had been raped until she was reading about similar experiences online.

In December 2018, her boyfriend at the time was living in Nakuru while she lived and worked in Nairobi. They had been together for a year and a half.

"I had gone back to my boyfriend's house to talk because, at that time, our relationship was in a bad place. We had taken some time apart and he said he was ready to talk about what had happened," she said.

Cherry decided to spend the night at his house and go back to Nairobi the next day.

"As expected, there was a lot of arguing back and forth and I couldn't deal with it so I walked away to his housemate's room, he wasn't in. I wanted to sleep there instead of my boyfriend's room," she said.

She was thinking about their future when he walked into the room and tried to spark another conversation.

"So he walks in and starts talking. The usual things people say after a fight but I really didn't want to talk," she said. "The more he spoke, the angrier I got and I had decided I was leaving the house when he grabbed me."

He wanted to kiss her but she refused, she says describing the next few minutes as humiliating and uncomfortable.

"I was trying to tell him to stop but he wasn't responding to me, he did what he wanted to do and after he penetrated, I stopped fighting it. What was the point you know?" she said.

After he was done, he started asking if what he did was wrong.

"The excuse was he couldn't control himself, I never talked about it after that because I felt betrayed but justified it. I thought because he was my boyfriend, it really didn't matter," she said.

According to The Consent workshop, a youth-led grassroots nonprofit deconstructing rape culture through consent education, resources, and policy advocacy online, being in a relationship is not consent given to engage in sexual activity.

"...because you have had sex before does not guarantee that your partner would want to have sex with you when you want. Consent always has to be given and can be taken away if there is a feeling of discomfort," said the workshop online.

Consent is described as actively agreeing to be sexual with someone and letting them know that sex is wanted.

According to Planned Parenthood, sexual activity without consent is rape or sexual assault.

However, the Kenyan law fails to prohibit rape within marital relationships.

The only legal protection for Kenyan women in cases of domestic violence is the general law on assault.

This law is inadequate for protecting women from marital rape because it requires witnesses or evidence of a physical struggle.

A study conducted by the Kenya Demographic and Health Survey between 2008-9 showed 13 percent of married women -more than one out of every 10 women- reported being raped by their male partners that year.

According to the Consent Workshop, for a healthy relationship, it is important to understand that consent is an ongoing process.

"... clarifying with your partners what they are comfortable and uncomfortable with is always a good idea... Every human being should have autonomy over their own body. No circumstance whatsoever should compromise that. No means no even in relationships."

50% of Kenyan women 'have suffered violence '

Estimated only one of 20 women report rape, one in six seek medical assistance.
Siasa
2 years ago
by NJERI MBUGUA News Reporter
News
28 August 2020 - 10:59