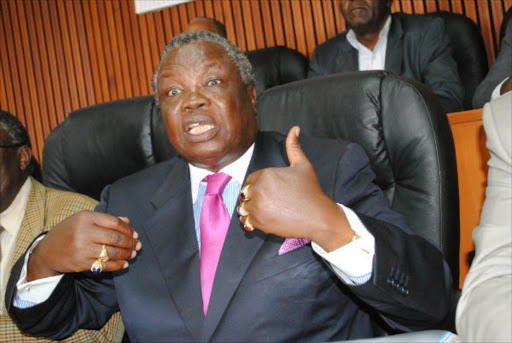 The Central Organisation of Trade Unions on Wednesday warned the Senate against giving money to 'ghost populations'.

The Commission on Revenue Allocation wants the funds allocated to counties according to population size, in contrast with the past when land mass was the main consideration.

“I am aware there are marginalised areas and I am aware the formula prepared by the commission is adequately resourced to enable them to catch up with the rest of Kenya. But they also want to deny the populated counties their fair share in order to enrich themselves,” Atwoli said  in a press statement.

Atwoli said the new CRA formula will correct those mistakes.

“This issue was a subject of court cases and deliberation over 10 years. The 2019 National Census revealed this (fabrication) as several counties recorded a huge drop in their populations ,whereas others increased,” he said.

The Cotu boss urged senators to shelve their personal and political interests and consider the plight of millions of Kenyans in highly populated counties.

“The current formula, no matter how applied, will mean that counties [with low populations] get less money. This is a statistical fact and is not a punishment of anyone,” he said.

“For counties with less populations to get more, they must take money from counties that deserve those monies. They are calling this a 'win-win' formula, but it is a 'win-lose' formula,” Atwoli argued.

“Counties should stop insisting on getting money for populations that they do not have,” he said, referring to 'ghost' populations.

“Some of these governors with this excess money are influencing the debate and others have taken the opportunity to use this to get political mileage but the interest of Kenyans are not being served because the people who deserve this money must get it,” Atwoli maintained.

“Also, it is now becoming obvious that some of the Senators pushing for the amorphous ‘win-win formula’ are doing so for their own political dividends. They are clearly using this public gallery to campaign for their gubernatorial bids come 2022,” he said.