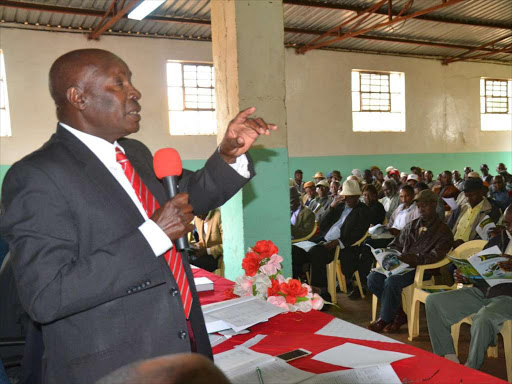 Officials of the Kenya Tea Development Agency were questioned on Monday at DCI headquarters over management and farmers' claims they had misspent their money on lawyers.

They had been summoned to the office along Kiambu Road in Nairobi for questioning about management issues reportedly leading to poor returns for farmers.

“This morning, the five senior members of the KTDA leadership had the opportunity to take DCI officers through KTDA operations, with the view to confirming the organisation operates under, and conforms to  the rule of law,” KTDA said in a statement on Monday.

It said they were "invited ... to shed light on allegations which were circulated by sections of the media and on social media".

They were summoned by Obadiah Kuria from the cybercrime’s serious crimes unit.

The letters to the officials read: “I am investigating a case of conspiracy to defraud under Section 317 of the Penal Code and I have reasons to believe you are connected to the offence or have information which can assist me in my investigations…I hereby compel you to appear before me on August 24, without fail."

The summons came after farmers requested the DCI probe alleged misappropriation of their money by KTDA through alleged overpayment of lawyers.

In a letter dated August 12, the farmers cite several instances in which they claim KTDA used millions of shillings belonging to them on lawsuits.

“There is circumstantial evidence that certain senior management and board members of KTDA are casually issuing instructions to its lawyers on matters that are of beneficial interest to the farmers whom they purport to represent and safeguard…the payments are grossly overstated in what is tantamount to theft of farmers’ money,” the letter read.

“It will demystify misconceptions, particularly the false allegations circulated by sections of the media and on social media. We reiterate our commitment to continue working with all stakeholders to enhance the welfare of all tea farmers within the KTDA fraternity,” the agency said.

It said it welcomes the enquiry by DCI and other mandated institution to enquire into its operations and managment of the affairs of more than 600,000 tea farmers, who are industry stakeholders.