Says he's not guilty, quotes St Luke on not using power and money to extort and falsely accuse the innocent

• Former CS Wario was charged alongside Soi and others in the Sh55 million Rio Olympics scandal.

• They were found to have with a case to answer and the court is currently taking their defence. 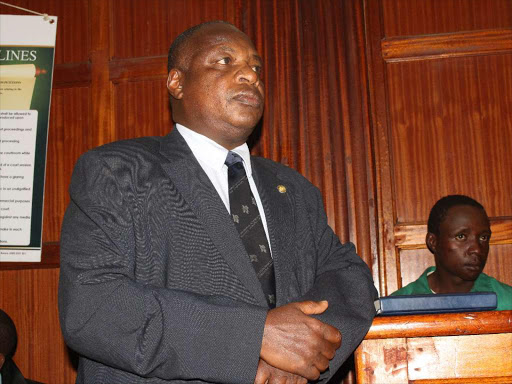 Former head of Kenya's Rio Olympics delegation on Friday quoted the Bible, Luke 3:14, in which John the Baptist uges soldiers not to "use their power to extort money and accuse people falsely."

Former Sports CS Hassan Wario and four others are charged in addition to Soi.

Soi told anti-corruption magistrate Elizabeth Juma that investigating officers should work diligently and get to the truth.

Soi, who is representing himself, said he was wrongly accused and said to date members of the Olympic Committee still wonder why he is on trial.

"No member of the Olympic Committee has ever complained. No chef-de-mission has ever achieved the results my team did. We did very well. There's nothing I would do different," he said.

Soi is among the National Olympic Committee of Kenya (NOCK) officials accused in the Sh55 million corruption scandal that rocked Team Kenya in Brazil.

Wario is accused of organising the travel of six people to the games, illegally spending Sh5.8 million.

Last year, in the pre-trial hearing, magistrate Juma found the suspects had a case to answer.

She ruled after the 28 witnesses testified for the prosecution.

The suspects are defending themselves.

Soi maintains he is the wrong person in the dock and that the police should have used the documents, files and computers seized in raid of NOCK offices to find the real culprits.

The hearing resumes on September 7.