Consulate told them to prostitute themselves for fare back home. 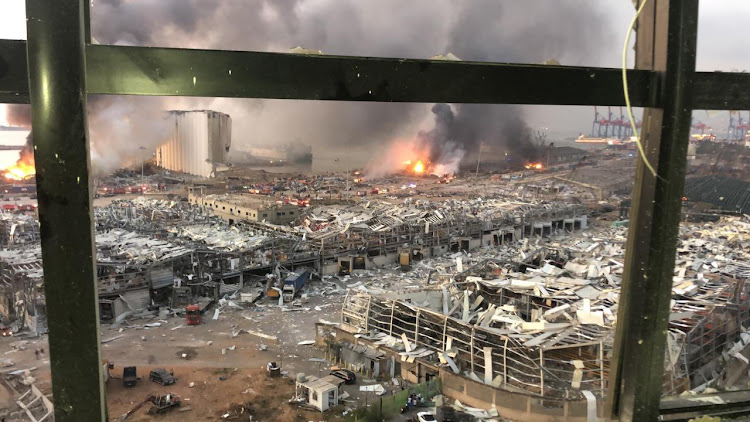 Mothers with children as young as one year old are among hundreds of Kenyans  in Lebanon demanding facilitation to come back home.

They say the consulate has told them to prostitute themselves for fare back home.

The Kenyans have camped outside their consulate for two weeks since the capital city Beirut was devastated by an explosion.

“I have been in Lebanon for a long time and I can assure you that nothing good will come from that consulate unless the government intervenes,” Mercy Mukiza, who has lived in the country for 10 years, told the Star on the phone.

She is among Kenyans who deposited their money at the consulate, which has refused to give it back.

“The consular told us that we didn't have to use local banks, that we could give the money to the consulate to keep it for us. We have the documents, and they should give us our money we fly back,” Mukiza said.

“The ticket home is Sh 40,000 but what we have is just worthless paper in Lebanon currency. We also gave good money to the consulate, but they don't want to refund,” one of the protestors said.

“They told us to go and prostitute ourselves for fare back home.”

The situation was worsened by the August 4 explosion caused by 2,700 tonnes of ammonium nitrate stored in a warehouse at the port in Beirut. More than 220 people were killed, unknown number injured and thousands more displaced.

The government said last week it was organising for their return but it has not contacted them.

“Some of us had some money but it depreciated after the explosion to an extent it became almost useless. We just want a flight back home,” Mukiza said.

“We are living in hard times, our security is totally compromised. Dear Kenyan government kindly help us travel back home.”

They Kenyans said the consulate mistreats and exploits them anytime they need help.

Domestic worker who's been kicked out

They want the three Lebanese who run the Kenyan consulate in Beirut fired for not taking care of Kenyans. They also want a Kenyan in the consulate. The Kenyan embassy for the region is in Kuwait.

Teresia Wambui, who has lived in Lebanon for 11 years, said she has never met a Kenyan who has been helped by the consulate.

“We are calling on the Kenyan government first to fire the Lebanese who are working at the consulate since they have been abusing us, extorting us and not helping us,” she told the Star.

About 1,100 Kenyans live in Lebanon. A number of them, who were domestic workers, were thrown out as a result of the tough economic times.

“The economy is bad and our employers can’t afford to pay us,” one told the Star.

They said the consular charges them exorbitantly for services.

“The Kuwait embassy has always protected and covered up for the Kenyan consulate in Lebanon. It is public knowledge that Kenyans have been abused, not attended to and our dignity reduced to nothing by the Beirut consulate,” Wambui said.

“We are now sleeping on roads and our only hope is to be taken back home. We are relying on well-wishers for food and other basic things,” she said.