How they killed my father - Mutula Kilonzo Jnr

• Lawmaker says the family cannot establish a direct link, but maintains the maverick politician was poisoned.

• Kilonzo Snr was outspoken, especially on his stand that Kenyans who faced charges at the International Criminal Court should cooperate. 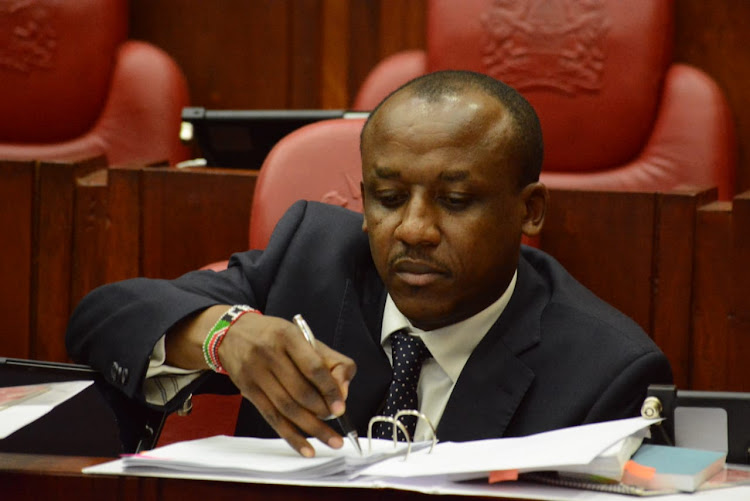 The sudden mysterious death of Makueni Senator Mutula Kilonzo might have been linked to the ICC case involving President Uhuru Kenyatta and Deputy President William Ruto, his son has said.

Several months to his death, the lawmaker had sounded an alarm – even in Parliament - about threats to his life because he was outspoken that ICC suspects should face the court.

The senator's family has for  the first time revealed ICC prosecutor Luis Moreno Ocampo had sent a letter to Kilonzo seeking a statement about the 2007-08 post-election violence.

The senator's son, Makueni Senator Mutula Kilonzo Jnr, told the Star on Tuesday that despite their suspicions, the family cannot conclusivly say the death was linked to the ICC cases.

“I can’t tell whether there was a link. I found a letter written to him by ICC Prosecutor Luis Ocampo seeking a statement on the post-election violence."

But he made an impassioned plea to Senate on Monday not to ignore three arrested Senators who opposed the government's revenue sharing forumula and refused to play ball.

“I was elected in this Senate because one person who was a member of this House was found dead on his bed…if it is not the three, it will be me or you [meaning Senate Speaker Kenneth Lusaka],” he said.

Senator Mutula was found dead in bed at his Kwa Kyelu ranch in Machakos county. His family said he had been forced to ingest an overdose of blood pressure tablets and carbonated water, which killed him. 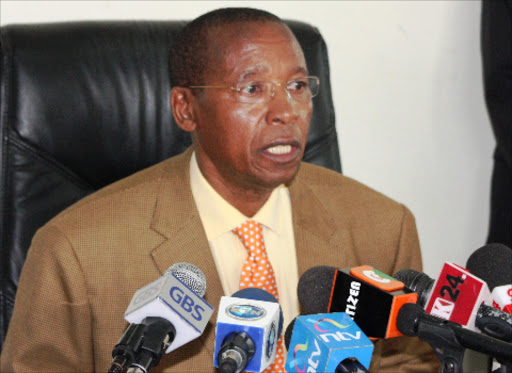 While at the Justice ministry, Kilonzo was vocal and adamant that Kenyans facing charges in connection with the post-election violence should cooperate with the Hague-based court.

Even while at the Education ministry, he complained that anonymous people kept sending him threatening messages, telling him to be silent. He said they invoked instructions from 'faceless bosses', his family said..

On Monday Kilonzo Jnr warned the Senate not to ignore the rebel Senators. Worse could happen, he suggested.

They were charged with orchestrating crimes against humanity in the violence that rocked the country. The trials never took off as the cases collapsed for lack of evidence.

A number of prosecution witnesses recanted their statements to investigators, some disappeared, some died under mysterious circumstances. The cases fell apart as the President and DP reviled the 'foreign court. They portrayed themselves as victims and won election in 2013.

Kilonzo Jnr narrated to the Star the chilling moments when he received a text message from their farm manager at about 11.30 am - his father had died.

The lawmaker relived the events of the day when he walked into his father’s room and found him lying on his back. White froth was coming out of his mouth.

He lifted his father's hand, it was cold.

The door was open, suggesting a person or persons had been in the room earlier. The scene appeared arranged, perhaps as a warnin, he implied.

Kilonzo said his father's phone showed he had sent messages at about 9pm and also read a book before going to bed.

Prodded by the Star on who mighthave poisoned the maverick politician, the senator revealed that his father was made to ingest more than 12 tablets for controlling blood pressure.

“The fundamental question is not who, but how they managed to make him ingest more than 12 tablets of the ephedrine-lased white pellets,” Kilonzo Jnr said, adding that his father's bathtub "had vomit of his entire dinner".

A popular carbonated drink, whose container was retrieved from the kitchen, is believed to have been used as the catalyst that caused the rupture of the senator’s veins and capillaries.

“He never took soda or carbonated drinks,” Kilonzo Jnr said adding that he found his father “lying in a manner that would lead one to suspect the scene was arranged".

He said the  initial post mortem confirmed that his father died of excessive bleeding - in all parts.

“I was shown pictures of his brain. The pathologists were shocked at the excessive bleeding,” he said of the poisoning question.

No person has been charged with the murder, which is among the piles of unresolved killings that continue to stalk the country.

Police at the height of the incident questioned Mutula’s farm manager, a cook, supervisor and a housekeeper.

The cook, Jnr revealed, died mysteriously. Samples collected from the scene were interfered with while en-route to Germany.

British pathologist Prof Calder Ian Madison, who flew to Kenya at the family’s request, refused to sign the autopsy report.

He, however, stated that the senator's death was caused by ingestion of a substance that caused catastrophic haemorrhage.

The family’s hope for justice following the politician’s death appears to be waning by the day. “In my evidence at the inquiry, I was sure it would not lead to anything meaningful,” Jnr said.

Then Director of Criminal Investigations Ndegwa Muhoro said they could only build a probe on a doctor’s report. “It could be different if it was a matter of an attack where injuries are visible.”

Kilonzo Jnr says what is left for the family is carry on after his father.

The lawmaker says he is proud he now sits in the same seat where his father was. He hailed him as one who was a friend, spring of wisdom, and a good mentor.

“When I was 17, dad employeed me as his messenger and gave me my first coat. In his words, he was training time to sit where he was seated. I now sit on the same seat he uttered those words.”

Kilonzo Jnr said his father trained him to survive in his absence.

“One day, I will re live his dream to take care of animals that were deserted by parents,” he said of his father’s ranch, which has since been closed.

The animals were taken to the national orphanage after the license to keep wildlife lapsed and the family was yet to sort estate issues.

Junior said the animals his father kept were rescued at various parks in Kenya, and the ranch was a rescue center. “The lions were orphaned after their mother died in Ambroseli.”

On 2022 election prospects for which he has been touted as gearing up to succeed Governor Kivutha Kibwana, the lawmaker said he does not stress himself about the upcoming contest.

“I have a job to do. I got 97.2 per cent of the vote. I cannot afford to squander that goodwill,” Kilonzo Jnr said.