10 more patients have succumbed to the virus.

• From the new cases, 417 were Kenyans while nine were foreigners. 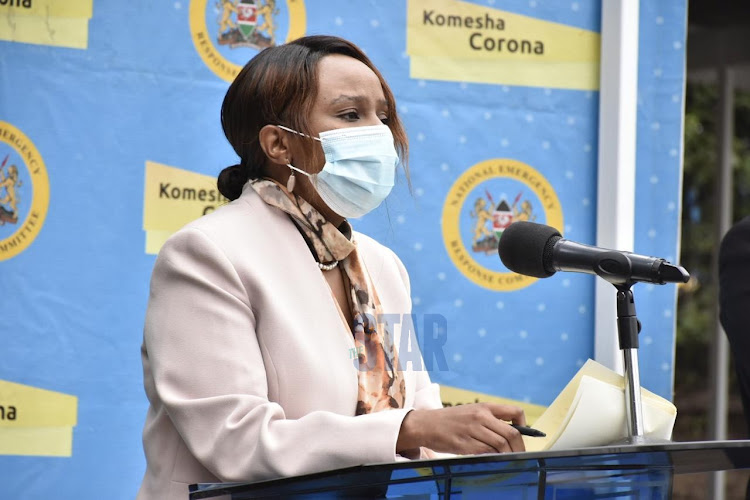 From the new cases, 417 were Kenyans while nine were foreigners.

Speaking during the daily Covid-19 briefing, Mwangangi said age wise, the youngest was a three-month-old infant while oldest was 88 years old.

Acting Director General of Health Patrick Amoth said the age group between zero to nine years make up 4.1 per cent of the entire case load in the country at about 1400 cases.

The biggest proportion of 33 per cent of the total case load is that of people aged 30 to 39 years.

Some 257 patients have recovered from the disease, bringing  the total number of recoveries in the country so far to 17,869.

A total of 195 of those discharged were from the home-based programme, while 62 were discharged from various health facilities.

However, 10 more patients succumbed to the virus, raising fatalities to 516.

Three of the deaths were community deaths aged below 30 years.

The CAS revealed that country's positivity rate has increased to 7.9 per cent from the initial 2.0.

This means, with a population of about 47 million people, at least three million are infected with the virus in the county.

"From the initial rate to now, this points out that the curve is not flattening,'Mwangangi said.