The remandees bring the number of cases of Covid-19 infection in the county to 31.

• 32 people were remanded in the prison from various subcounties including those of Migori.

• Homa Bay Health executive Richard Muga said the Covid-19 patients have been isolated to prevent further spread of the virus. 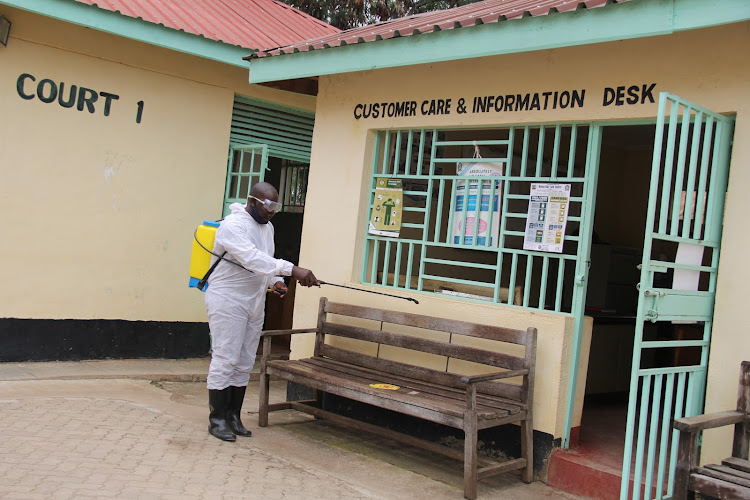 Sixteen remandees out of 32 quarantined and tested on Thursday at Homa Bay GK Prison were Saturday confirmed positive for the coronavirus.

The 32 people were remanded in the prison from various subcounties including those of Migori.

Homa Bay Health executive Richard Muga said the Covid-19 patients have been isolated to prevent further spread of the virus.

“Some of the remandees who tested positive came from Migori. We appeal for calm as we conduct the necessary measures to prevent the spread of the virus,” Muga said.

He said the 16 had not interacted with other prisoners because they were quarantined upon arrival at the prison. The county will conduct mass testing for inmates and prison warders for the virus.

The report from the prison came a day after Homa Bay senior resident magistrate Thomas Obutu suspended court operations after some staffers tested positive for the virus.

Two staffers from the prosecutors' office and a court staffer in Ndhiwa were confirmed to have contracted the virus.

“The suspension is one of the preventive measures we have taken to stop further spread of the virus. We have informed the national office about scaling down operations,” Obutu said.

The magistrate said the suspension would go for 14 days, adding that pleas will be taken virtually.

“Unless there will be an urgent and serious matter, that is when we’ll have in-person sessions which will be conducted in the open air,” he added.

Muga had directed for fumigation of offices used by Judiciary officers.

“Fumigation of courtrooms and other offices will be done regularly as well as the collection of samples for tests,” Muga said. 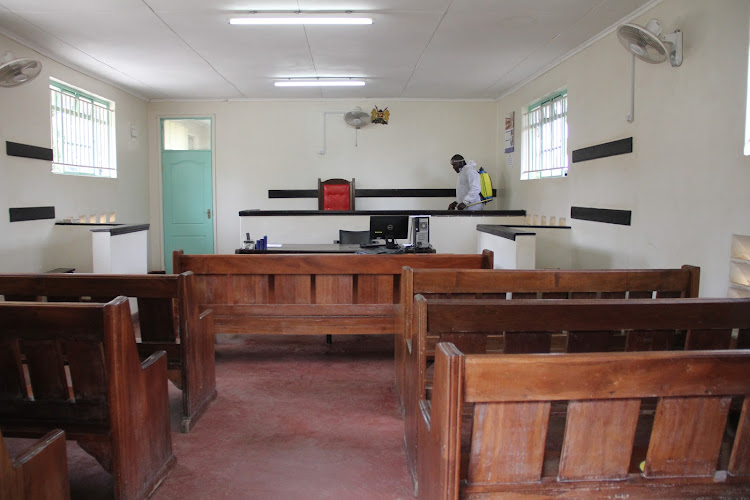 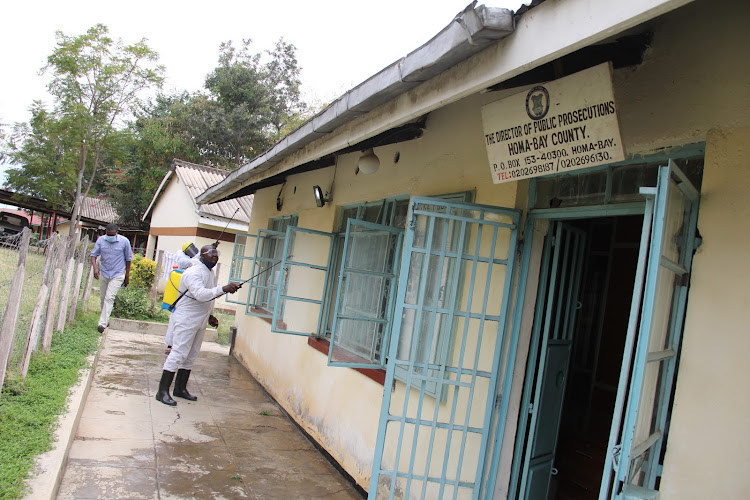 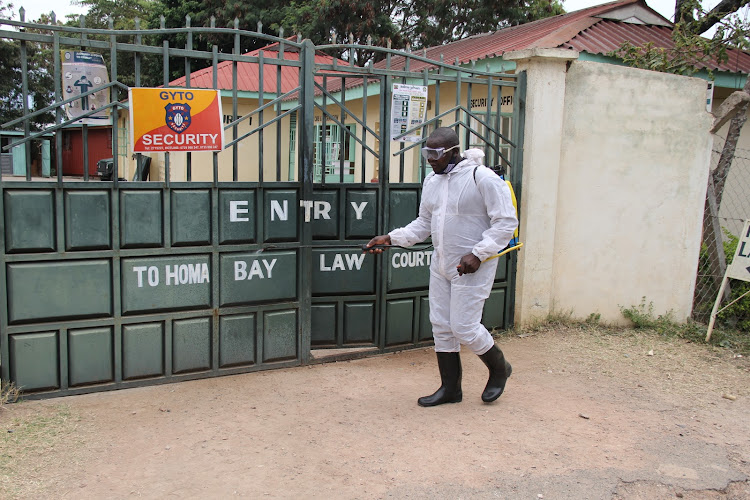