Mental illness on the rise during pandemic, many people blame witchcraft, turn to traditional healers for lack of help

• The country lacks mental health experts and health facilities. There is only one in Port Reitz, Mombasa, which serves the entire Coast region.

• Lack of information on mental health and lack of facilities and experts force people to turn to witch doctors and traditional healers. 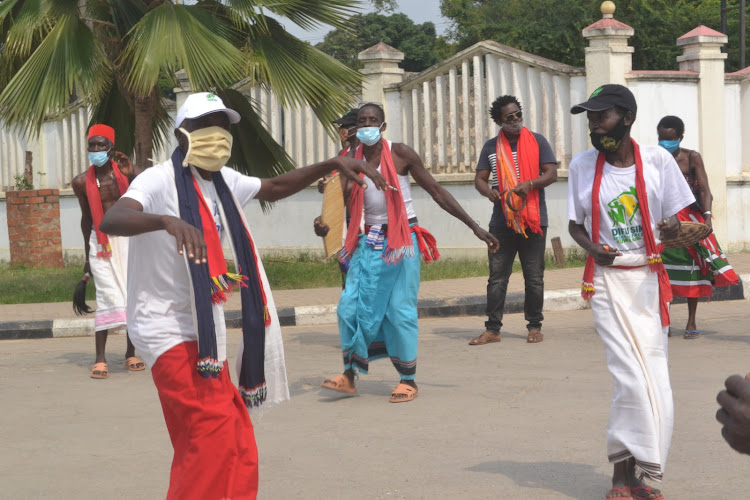 Mental illness is on the rise in Kilifi, stigma is widespread and there’s virtually no help – so people turn to witch doctors and traditional healers.

Many mentally ill people believe they are bewitched and think only witchcraft can save them. Some experts say that belief is so powerful that professional treatment doesn't help. But most people can be helped.

There are no mental health facilities in Kilifi to help them, so they are neglected, abandoned to wander in the streets, or they are chained and locked up.

These are the grim assessments to emerge from a week-long sensitisation and outreach campaign that ended on Sunday in Kilifi.

The major recommendation was to establish a nearby hospital and rescue centres for mentally ill people, places where they can receive care and medication. Grassroots facilities are extremely important, experts said.

People with mental issues suffer acutely for lack of help and access to facilities.

The entire Coast region has only one mental health facility at Port Reitz Hospital in Mombasa. It’s overwhelmed by the high number of people who need help.

Many people in Kilifi don’t know about it and can’t afford to get there, though costs are waived if chiefs take an ailing person to hospital.

It is a collaboration of the Malindi District Cultural Association (Madca), the Kenya Medical Research Institute (Kemri), the Wellcome Trust and the Documentary Institute of Eastern Africa.

It was funded by the Welcome Trust Public Engagement Fund.

Joseph Karisa Mwarandu, Madca secretary general, said the mentally ill have been forgotten or abandoned, making it difficult for them to get treatment.

Speaking at the Karisa Maitha Grounds in Kilifi, he said there is no mental health centre in Kilifi county despite the high number mentally ill people.

That number is increasing due to depression from joblessness caused by the Covid-19 pandemic. Drug abuse also contributes to mental illness.

Mwarandu said Macda will engage government and well-wishers to set up mental health facilities at the grassroots.

''It’s common to see people suffering mental illness loitering in the streets and towns. This requires urgent attention because the victims are brothers, sisters, mothers and fathers who deserve care,” he said.

He called for rescue centres at the community level where people can get food, shelter, compassion and medication.

Mwarandu said some cases of mental illness can only be treated by witch doctors – because many people believe in witchcraft not modern medicine.

However, people who are mentally ill should first get professional help, as most are not caused by witchcraft, Mwarandu said.

He said his group and others came up with the sensitisation idea six years ago after finding a mentally ill person chained for 20 years in Bungale, Magarini.

Nancy Kipkemoi, a mental health worker from Port Reitz Hospital in Mombasa, said many people have always believed mental illness was caused by witchcraft, so people never went to hospital.

Mental illness is on the rise and many people are committing suicide, she said.

Kipkemoi said lack of information about mental health causes people to resort to witch doctors. The stigma of mental illness also means that for a long time people don’t get medication that can rebalance brain chemistry and restore stability.

And so they are locked or chained up, hidden away.

Experts urged residents to use Nyumba Kuma elders, chiefs, assistant chiefs and police to take sufferers to hospital, even those without psychiatric units.

If they are taken to hospital by chiefs, the cost is waived, Kipkemoi said.

In one week touring Kilifi county, the team encountered more than five people suffering serious mental illness, while others were locked away at home.

''There are too few facilities and mental health workers, more are needed to reach the grassroots,” Kipkemoi said.

Mary Bitta the project's principal investigator, said the increase in mental illness in Kilifi has led to stigma and discrimination against families.

Some people feel so isolated and depressed that they commit suicide, she said. Bitta is also a researcher from the Kenya Medical Research Institute and the Wellcome Trust, Kilifi.

The aim of the campaign is to reduce stigma and enable people to get treatment instead of seeking traditional doctors.