• Kalonzo’s son Kevin Muasya has been appointed by Tourism Cabinet Secretary Najib Balala to be a Board member of Tourism Regulatory Authority. 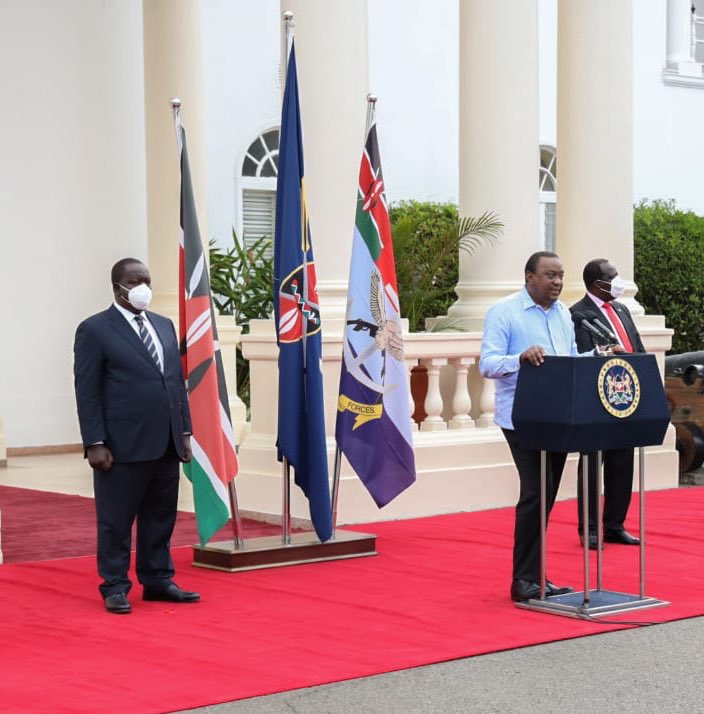 Relatives and close alllies of ODM leader Raila Odinga, Wiper’s Kalonzo Musyoka and Kanu’s Gideon Moi are the major beneficiaries of the latest appointments by President Uhuru Kenyatta to various positions in government.

The appointments were done by President Uhuru Kenyatta on Friday.

Beryl Okumu who has been appointed by Water Cabinet Secretary Sicily Kariuki as the new chairperson of the Athi Water Works Development Agency, for a period of three years, is Raila’s younger sister.

Okumu once served as the chairperson of Kenya Railways Staff Retirement Benefits Scheme.

Kalonzo’s son Kevin Muasya alongside Pauline Njoroge have both been appointed by Tourism Cabinet Secretary Najib Balala to be members of the Board of Tourism Regulatory Authority, for a period of three years.

Kanu secretary general Nick Salat has been moved from the chairmanship of Postal Corporation of Kenya and taken to the lucrative Agricultural Development Corporation (ADC).

Matiang’i is also the treasurer of the firebrand trade union-Kenya National Union of Teachers.

Other big names contained in the gazette notice issued on Friday include former Nairobi Speaker Alex Ole Magelo who has been appointed by Cabinet Secretary for Industry, Trade and Co-operatives Betty Maina to be the member of the Board of the Kenya Leather Development Council.

Former Ethics and Anti-Corruption CEO Halake Waqo has made a comeback in the limelight after Education CS George Magoha appointed chair of the Universities Fund Board for a period of three years.

Also making a comeback is former Education Assistant Minister Kilemi Mwiria who has been appointed the chairperson of the Kenya National Qualifications Authority.

Others notable appointees are Dr Nuh Nassir Abdi a one-time MP for Bura constituency and Speaker of Tana River Assembly between 2013-2017 and retired Gen. Joseph Kibwana.

Renowned lawyer Lucy Kambuni, once served as the permanent Advisory committee of ICC has been appointed alongside Elizabeth W. Muli, David Onyango and Anne Muigai to be members of the Commission for University Education.

Post a comment
WATCH: The latest videos from the Star
by GIDEON KETER Political Reporter
News
08 August 2020 - 13:06
Read The E-Paper