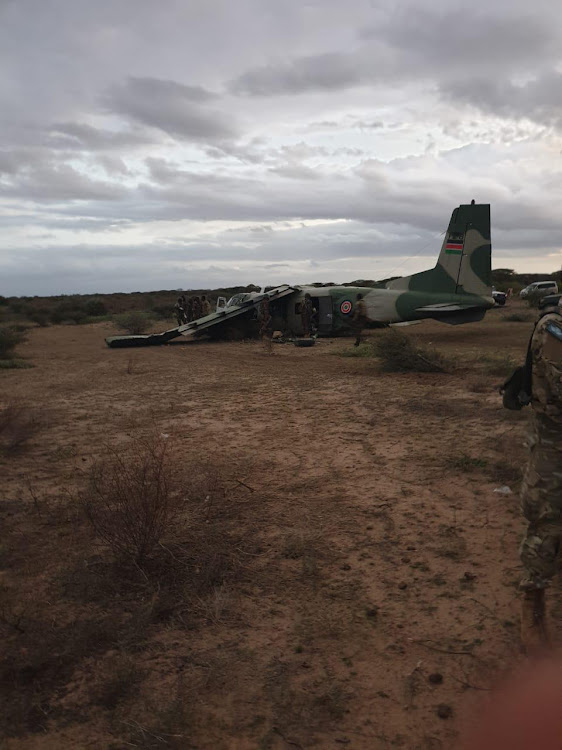 A Kenya Defence Forces aircraft crash landed at Dhobley Airstrip, Somalia, on Monday on take off to Nairobi.

No casualty was reported.

KDF in a statement on Tuesday said all 10 military personnel on board are at the Defence Forces Memorial Hospital and are in stable condition.

"An investigations team is in Dhobley to establish the cause of the crash," it said.

The double engine aircraft is registered in Kenya as KAF 128 and had delivered supplies to Amisom.

KDF has 11 Twin Panda aircraft, which have become vital after the military retired its five aircraft used for heavy transport.

In May, an aircraft registered as the African Express crashed in Somalia, Bardale, killing six on board.

The aircraft was shot down by the Ethiopian troops in the region moments before delivering humanitarian aid to a local NGO 300km northwest of the capital, Mogadishu.

“Kenyan DHC-8 Dash 8 on operations for UN crashed and burned landing at Beledweyne Airfield, Somalia. The aircraft was on a cargo flight,” a local radio station in Somalia reported.

Another privately owned Foker Aircraft operated by Buff Air Services was also involved in an accident in Somalia.