US contributions to Kenya estimated at over Sh300 billion annually – report 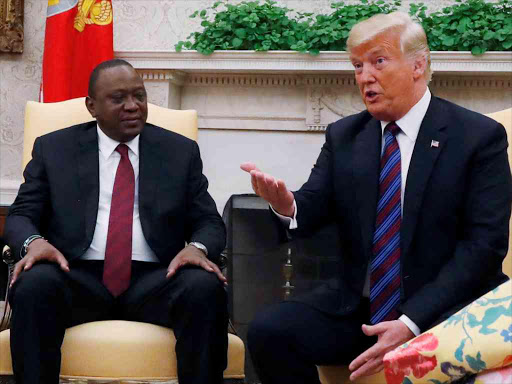 US contributions to Kenya estimated at over Sh300 billion annually, according to new research.

According to the AidData research, the United States’ relationship with Kenya delivers an estimated over $3 billion per year in tangible benefits to the Kenyan people and economy.

The report by a research lab at William & Mary’s Global Research Institute is the first to provide a whole-of-society view of US contributions to Kenya’s economy and development.

However, information on the US investment in Kenya remains limited to the leaders and members of the public, a report has shown.

The report released by AidData indicates that despite the long-standing relationship between the two countries, both government officials and members of the public are unable to assess the value of their country’s partnership with US President Donald Trump’s administration.

AidData Director of Policy Analysis and co-author of the report Samantha Custer said this information has not been made available because previous researches have focused narrowly on individual projects.

Custer said the research drew on a wide range of secondary data sources and a snap poll of 133 Kenyan leaders.

“The report is the first to give a holistic, whole-of-society view of U.S. contributions to Kenya’s economy and development. It not only quantifies direct US. government assistance, but also the value of indirect benefits from trade and other channels, such as foreign direct investment (FDI), revenue from American tourists, contributions from U.S.-based NGOs in Kenya, private foundations, and individual donors, and remittances from Kenyans working in the United States,” the director said.

According to the report, only a third of the total American contribution to Kenya—roughly $1 billion annually—comes from foreign aid.

Uhuru defends trade deal with US, insists will not affect Africa pact

The report indicates in addition to large volumes of aid targeted towards Kenya's health sector, Trump’s administration has been supporting Kenya on its security, peace-building and conflict management priorities.

Between 2010 and 2018, the U.S. government directed over Sh76.055 billion in total to peace and security efforts, such as strengthening Kenya’s ability to counter terrorist threats from groups like al Shabaab, the al-Qaeda affiliated Somali insurgent group.

Under the same projects, over 3,400 Kenyan security officials have been trained over the same period.

“Given the challenges of quantifying non-official investments and financial flows, the estimated $3 billion per year intangible benefits to Kenya from the U.S.-Kenya relationship are conservative estimates, and the total contribution of the United States to Kenya’s growth and development may, in fact, be far greater,”  Mihir Prakash, AidData Senior Research Analyst and a co-author of the report said.

Kenya has set ambitious development goals including modernising its infrastructure, boosting manufacturing and exports, and mainstreaming good governance practices in its 2030 Vision plan.

The report indicates the US increased its funding in agricultural activities from $4 billion in 2008 to $20 billion in 2018.

According to the report, two-thirds of U.S. bilateral assistance to Kenya is for health and the United States is the single largest funder of HIV/AIDS programs in Kenya, with over 84 per cent of all funding for combating HIV/AIDS.

This, the report notes coincide with Kenya’s progress in combating HIV/AIDS.

The report estimates that efforts to combat HIV/AIDS in Kenya have saved perhaps a million lives to date, as Kenya’s average life expectancy has steadily increased over the past two decades - from 51 years in 2000 to 66 years in 2018.

Kenya was represented at the launch by CSs Matiang'i and Betty Maina.
News
9 months ago

While commenting on the report, Kwame Owino, CEO of the Institute of Economic Affairs, said Trump’s most profound contributions come from trade and investment that have an effect on markets on one hand, and the extremely important confirmation that the US government has been a pillar in supporting health outcomes in supporting HIV, malaria and tuberculosis treatment, on the other hand.

According to the report, the Kenyan Diaspora living and working in the United States sends home $517.6 million annually to their families and communities.