Data show more than 600 new cases of gender-based violence reported between March and May to the 1195 national hotline.

• Most of the calls this month consisted largely of psychological torture, physical assault, rape, and defilement. 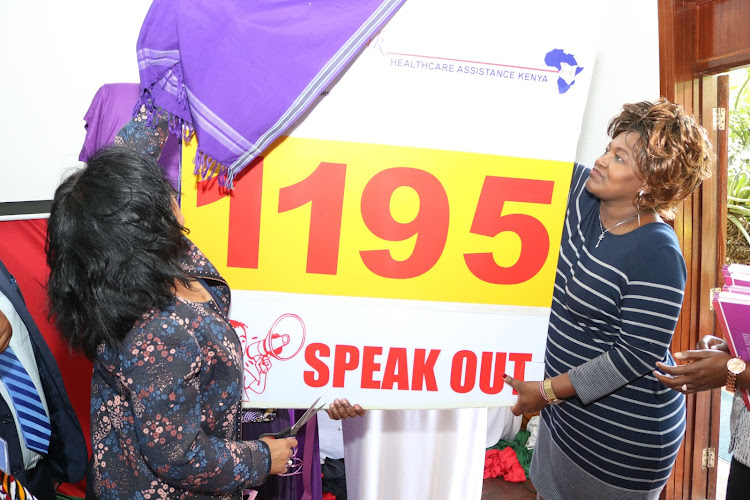 Survivors of repeat sexual and gender-based violence often become suicidal when they feel hopeless and continue to suffer at the hands of their tormentors.

This is according to an operator at the 1195 national hotline for sexual and gender-based violence.

Speaking to UN Women, Maria Ngugi (not her real name), a recruit who arrived at the beginning of the pandemic, explains that “violence, particularly prolonged violence, has damaging effects on an individual".

"Suicide is common... they may report a case in 2014; they call again in 2015; 2016 it happens again. People want to give up, they feel that nothing can be done. We receive a lot of calls from people wanting to commit suicide.”

Data show more than 600 new cases of gender-based violence reported between March and May to the 1195 national hotline. For the months of March, April and May, the helpline’s recorded cases were 115, 461, to 753 respectively.

Most of the calls this month consisted largely of psychological torture, physical assault, rape, and defilement, 67 per cent of which were experienced by women and girls.

According to UN Women, the helpline, which operates 24/7, is taking more calls than ever as cases of sexual and gender-based violence increase in the country and globally.

The hotline has a direct line to local police and health headquarters across the country. This means during an emergency, they coordinate ambulatory services and direct law enforcers to the scene. Maria says during one instance, had a survivor waited for 30 more minutes, she would have died.

"A large part of the service is dedicated to psychosocial support, via telecounselling, to assist survivors to manage traumatic experiences. All responders are trained counsellors foremost, with many offering expertise on a volunteer basis as the demands of Covid-19 require a bigger support network," UN Women said.

The hotline also tracks the progress of cases through the court system.

"This is crucial given the complexities inherent in obtaining justice for survivors and low conviction rates," UN Women said.

Paul Chego, who has worked for the hotline for two years, said while they have to leave their work in the office, some things can be difficult to accept.

"Defilement cases which you cannot follow up are the hardest to deal with. Imagine a child has been defiled, the case comes to you. But the caller reporting on behalf of the child (usually a family member) changes their phone number and it becomes near impossible.

"Sometimes even the family disappears. That is why it is so important that cases get reported and there is an OB number," he said.

Data shows 45 per cent of women aged between 18 and 45 in Kenya have experienced some form of sexual or gender-based violence.

“We notice a spike in calls when there’s been a hotline radio announcement,” Chego said.

UN Women says this is a clear indication that people are still searching for help or simply information.

“We try and help our survivors by educating them. Many do not understand their rights. You find that many are illiterate. Some hold on to traditional, cultural beliefs which causes challenges.

"It’s about letting these people know we have healthcare facilities; we have a justice system to protect them,” Chego said.

The team increased in response to Covid-19 from 18 to 30 counsellors, with the help of UN Women funding.

"The increased capacity is saving more lives, supporting more survivors and their families through recovery, and increasing access to justice. Covid-19 may well provide the hotline with an opportunity to justify further expansion to its service," UN Women said.

Post a comment
WATCH: The latest videos from the Star
by NJERI MBUGUA News Reporter
News
31 July 2020 - 13:05
Read The E-Paper