Ndii was a first class student in economics at UoN way back in 1988. 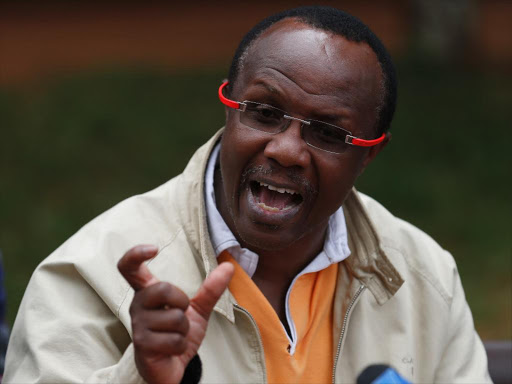 Former strategist for National Super Alliance David Ndii has been ranked among the most influential economists online.

Ndii who is also the chairman of Zimele Asset Management Company was ranked number 22 by Richtopia.

The list which was released on Saturday, is based on social influence.

Some of the leading indicators on an individuals ranking are their social media followers, engagement, overall news coverage, monthly name searches on Google, LinkedIn followers, and online presence, to name a few.

"There are thousands of credible economists who did not make this list because to qualify, economists must have a consistent digital presence," Rchtopia said.

"Many incredible economists are not active online, and as much as it would have been an absolute pleasure to include them, this is a list of people who have an influence on the web, with a click of a button, even if it means at 2 am with a Tweet."

Ndii has been a big critic of the government that is led by President Uhuru Kenyatta.

Trained in Oxford, where he was a Rhodes scholar, Ndii distinguished himself by writing pricking articles on Uhuru's government.

The economist, is an ardent user of social media, particularly Twitter where he has over 350,000 followers.

His Twitter Bio reads “Here for impiety, and to corrupt the youth” and he is one of the most prolific Twitter users in Kenya.

Ndii tweets about his column and many times, he will take the opportunity to school the seemingly ignorant critics.

But that’s not all. Ndii was a first class student in economics at the University of Nairobi way back in 1988.

He immediately enrolled for a Master’s programme and graduated in 1990.

By 1994, Ndii had completed another Master’s degree, at the prestigious Oxford University, before proceeding to secure his PhD from the same University in 1998.