Some customers working from home, others broke. 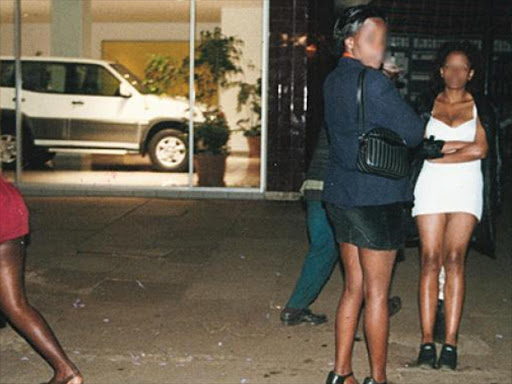 Covid-19 has driven many a worker to desperation, and sex workers are no exception.

Sex workers in Kisii town say they have been forced to find some other forms of livelihood to survive as the number of customers dwindles.

The 35-year-old, who is from Homa Bay, moved to Kisii where she had heard that business was booming.

Now she has not paid rent for some time and the landlord has been knocking on her door.

The sex workers ply their trade mostly in bars, which have been ordered shut to slow the spread of Covid-19.

The curfew, which initially began at 7pm but now starts at 9pm has compounded their problems.

The sex workers say they too are hurting but no one pays them any attention or even cares that they sleep hungry sometimes.

They accuse the government of selective amnesia.

"We see the government and unions talk about the plight of teachers and nurses but nobody is talking about us," Mary says.

They want the government to give them a stipend to cushion them too.

"It can get dire because we have children to fend for. It is will be worse if the President imposes fresh measures ," says Irene, who is also a sex worker.

She says no one has provided them with masks or sanitiser, yet their trade puts them at high risk of contracting the virus.

Irene has been in the trade for nine years, but she is now contemplating quitting for some other work.

Esther, 26, is selling tomatoes on the side to make ends meet.

She says most of her clients work from home while others have gone broke and she's probably the last thing on their minds.

"I never thought that one day I would moonlight as a tomato seller, while working as a sex vendor, all just to make ends meet," she says.

Esther says her earnings have shrunk by 90 per cent.

"Sex money is easy to make and sometimes it is a lot but it doesn't last," she says.

She has now begun to learn to put aside some savings from her new business. Esther makes Sh800 profit from selling tomatoes each day.

This has got her thinking of quitting alcohol and reinventing herself. "I just want to wean myself off sex trade and concentrate on business. There is some sense of satisfaction when you earn money by sweating for it," she says

Esther says some of her fellow workers are also doing well selling masks.