Accused of awarding herself travel allowances for foreign trips she never made.

• The governor arrived at the Ethics and Anti-Corruption Commission headquarters at 10am. She walked out of the revolving doors minutes after 5pm.

• The Senate while acquitting her concluded that “there exists a well-orchestrated and complex web of corruption in the tendering process at the county government of Kirinyaga.” 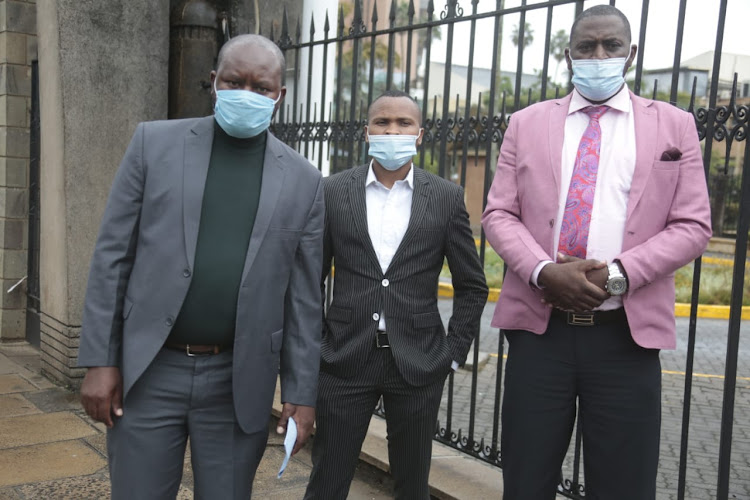 Kirinyaga Governor Anne Waiguru spent the better part of Wednesday at the EACC offices being quizzed over alleged misappropriation of imprests by her office.

The governor arrived at the Ethics and Anti-Corruption Commission headquarters at 10am. She walked out of the revolving doors minutes after 5pm.

Kirinyaga MCAs had accused the governor of awarding herself Sh10.63 million in imprests as travel allowances for foreign trips she never made.

During her impeachment, MCAs claimed the county chief was irregularly paid travel allowances amounting to Sh10.6 million “yet she did not make the trips”.

The Senate while acquitting her concluded that “there exists a well-orchestrated and complex web of corruption in the tendering process at the county government of Kirinyaga.”

But addressing the press, Waiguru said she was only grilled over the Sh10.63 million imprests and not the tendering process at the county.

She termed what she was going through as a well-crafted witch-hunt by Kirinyaga MCAs.

“I was called here on the issue of imprests. I am happy the truth is finally going to come out. You can make all manner of allegations but you must provide the evidence.”

The governor confirmed the MCAs were indeed part of some of the trips they are accusing her of pocketing imprests.

Meanwhile, Kirinyaga MCAs have demanded for mediation with Waiguru to resolve the budget and political standoff in the county.

This is even as the Controller of Budget insisted that the MCAs violated provisions of the Public Finance Management Act and other related laws in ‘overhauling’ executive’s budget.

Appearing before the Senate Devolution and Intergovernmental Relations Committee, a conciliator, the ward representatives demanded that Waiguru withdraws the two constitutional petitions she filed in the High Court and assents to the disputed Appropriations Bill.

County assembly speaker Antony Gathumbi and majority leader James Murango said the MCAs want Waiguru to sign the Bill and cause its publication in the Kenya Gazette.

“The governor is not seeking the intervention of the Senate in good faith. This is demonstrated by the fact that she had severally sued the county assembly and obtained conservatory orders on the subject matter which she has invited the Senate to intervene over,” Murango said.

They said any step to address the governor’s concerns in the budget would be dealt with through a supplementary appropriations bill.

On Tuesday, the county executive obtained an order staying the implementation of the Appropriations Bill disputed by the governor.

The bill was set to automatically become law on Friday after two-thirds of the MCAs rejected the governor’s reservations.

Waiguru had protested what she termed as overhaul of the budget by the MCAs in blatant violations of the law and petitioned the Senate to intervene.

On Wednesday, the MCAs defended their action, saying they followed the due process and guidelines provided by the CoB in approving the budget.

“We followed the law and the advice that had been given by the CoB. We followed the annual development and the county fiscal strategy paper which we approved in concurrence with the executive,”  the county assembly Budget and Appropriations Committee chairman David Mathenge said.

But CoB Margaret Nyakango, who had on Tuesday said the MCAs used the wrongs she had flagged in the initial budget estimates to commit another wrong, insisted that the ward reps violated the law in preparing their own budget and passing it.

Nyakango said such a bill must originate from the executive as provided for in the PFM Act.

“The county assembly removed from the budget the Sh146 million grant from World Bank contrary to Section 138 (5) PFM that states that such grants must be appropriated,” she said.

Further, the CoB faulted the assembly for allocating more than Sh200 million for the construction of assembly chamber building to the detriment of other pressing priorities.

“It is still our view that the allocation to this project should have been staggered so that other priorities do not suffer,” she said.

While maintaining their innocence, Mathenge sought to blame Waiguru and her administration, claiming that the executive declined to give them crucial documents, including staff audit report and grant work plans, to guide them in making changes to the budget.

Post a comment
WATCH: The latest videos from the Star
by JULIUS OTIENO Journalist, Political and Parliamentary Reporter
News
23 July 2020 - 05:00
Read The E-Paper