• The new positives were drawn from the 6,754 people whose samples were tested within 24 hours.

• Health CAS Mercy Mwangangi said in terms of gender, 503 were males and 293 were females. 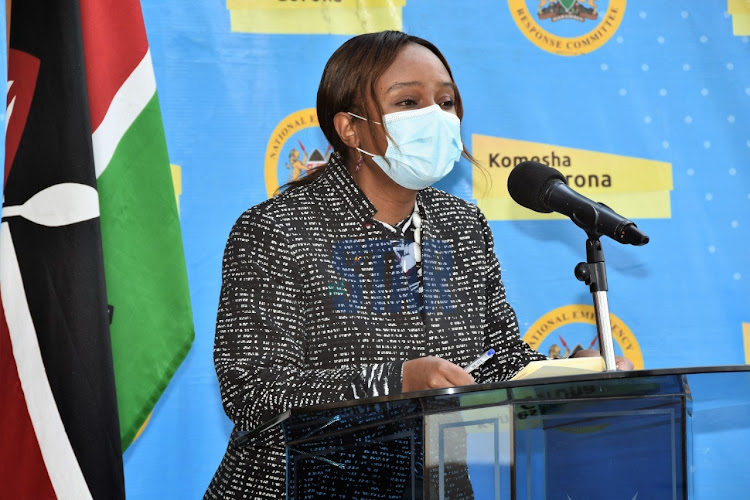 The new positives were drawn from the 6,754 people whose samples were tested within 24 hours.The cumulative samples tested since onset of the pandemic in the country is now 261,027.

Health CAS Mercy Mwangangi said in terms of gender, 503 were males and 293 were females out of which, all but three, were Kenyans.

Age wise, the youngest was a one year old infant, while the oldest was 87 years.

On a positive note, 378 patients have so far recovered from the disease, bringing  the total number of recoveries in the country so far to 7,135 .

Out of this, 199 patients were from home based programme and 179 from various medical facilities.

However, three more patients succumbed to the virus, raising fatalities in the country to 263.

Nairobi continues to lead with the highest number of daily cases with 539 recorded on Thursday.

With a 1.7 per cent fatality rate in the country, Mwangangi urged Kenyans to normalize seeking medical attention whenever they feel unwell.

"In the past few days, we've received several reports of patients who are afraid to seek medical care and we are witnessing cases where people are rushing  to hospitals at the last minute,".

She said such patients have succumbed to the virus since medics were not able to intervene at the appropriate time.