Close to 5,000 rape cases recorded since start of pandemic - CAS

•Some counties have recorded a 30 per cent increase in violence cases.

•They include Wajir, Turkana, Kisii, Nandi, Lamu Homabay and Kisumu. 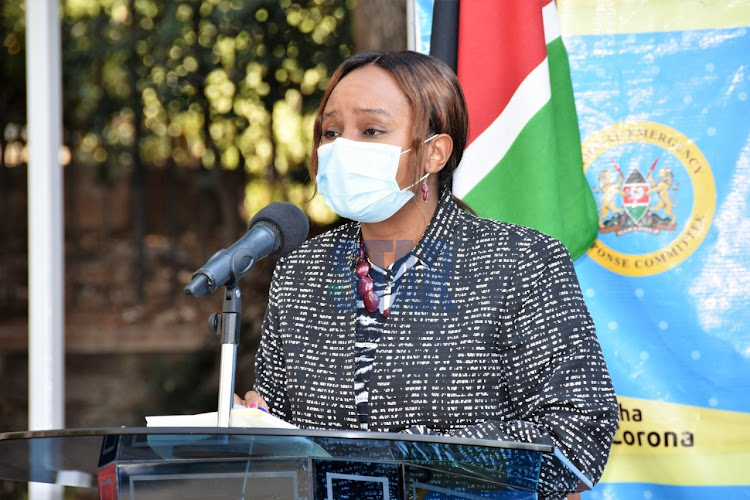 Close to 5,000 rape survivors have received medical treatment during this period of the pandemic, CAS Mercy Mwangangi has said.

Speaking during the daily briefings on Thursday, Mwangangi said HIV infections and unplanned pregnancies are some of the emerging issues fueled by violence witnessed across the country.

"The increase in violence has been witnessed globally and Kenya has not been spared. We have witnessed a seven per cent increase from March to June," she said.

Mwangangi said some counties have recorded a 30 per cent increase in violence cases.

They include Wajir, Turkana, Kisii, Nandi, Lamu Homabay and Kisumu.

"We appreciate the effort of partners to make sure our vulnerable in the communities are protected."

She said that measures such as movement restrictions were meant to address the pandemic and not intend to trigger or indeed become an excuse for any forms of violence.

"Unemployment inability to provide for families and economic uncertainty may have added an extra strain of pressure and heightened anxiety for many families," she said.

The CAS further noted that 89 per cent of coronavirus cases reported on Thursday are asymptomatic.

Mwangangi said the 796 cases reported are out of 6,754 people whose samples were tested within 24 hours.

"This leads to the emphasis that this disease is in the community and that people might have it but it does not show," she said.

The CAS said the youngest new case is a one year old while the oldest is 87 years old.

How much coronavirus transmission comes from people with no symptoms is unknown.
News
2 years ago
Post a comment
WATCH: The latest videos from the Star
by NANCY AGUTU Deputy Digital Editor
News
23 July 2020 - 17:09
Read The E-Paper