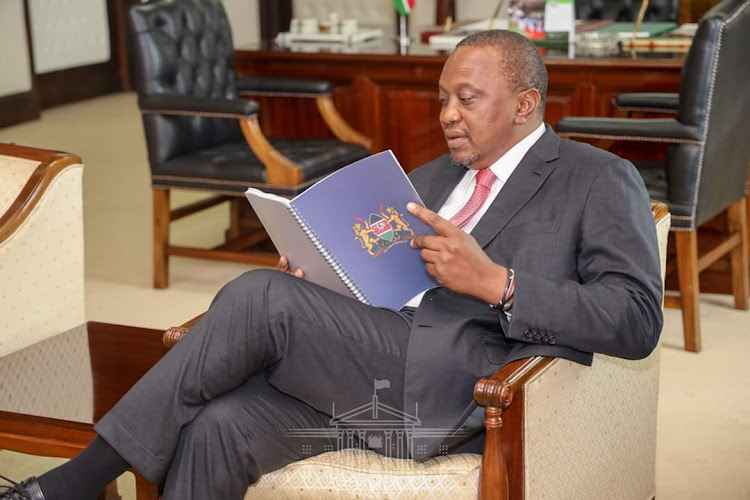 The DP's confidants spoke as anxiety continued to mount over the delay in handing over the BBI report, three weeks after the taskforce confirmed it had completed its work.

“We will reject a monster that is being cooked in the name of the BBI report,” Kositany said.

The vocal MP, however, said the DP's camp supports the original BBI document that was launched at the Bomas of Kenya last December.

The report proposed an executive President with a Prime Minister appointed by the head of state from the majority party in Parliament.

“We have no problem with BBI One report,” Kositany said.

“The owners of the BBI must have disagreed on some issues and that is why they are buying time and hiding behind the Covid-19 pandemic to doctor it.”

But National Assembly Minority leader John Mbadi denied claims the BBI report is being doctored. He said the delay is as a result of Raila's indisposition.

“I am sure the President would want to receive the report together with Raila. Raila is still having some days off. I am sure they will release the report soon,” the ODM chairman said.

Raila recently underwent  minor surgery to fix his hip in Dubai and is recuperating in his Nairobi home.

Mbadi said that while the deadline of the taskforce's work was gazetted as June 30, no time was set within which the report should be handed over to the principals.

“The handing over of the report did not have any timeline,” he said.

The BBI team, formally known as the Steering Committee on the Implementation of the Building Bridges to a United Kenya Task Force Report, competed its work on June 30.

On Tuesday, BBI taskforce joint secretary Martin Kimani declined to comment on the issue saying, "I don't want to talk to the press."

Another BBI official had told the Star on Monday that the panel would release a statement on Tuesday over the status of the report.

But according to Kimilili MP Didmus Barasa, another key Ruto ally, a report that is submitted outside the gazetted legal timeline is “null and void".

The politician said the delays have confirmed their fears that the BBI process was just a platform to give Ruto's opponents an opportunity to fight him.

“They were hiding behind the BBI to consolidate their support across the country. Now that we have Covid-19, the purpose is no longer there,” Barasa said.

The DP's camp has been blowing hot and cold on their support for the BBI report.

At some point they backed it to avert confrontational campaigns against those who wanted to project the DP as opposing the document.

On Tuesday, nominated MP Godfrey Osotsi said the report can only be handed over in Raila's presence.